A while back I commissioned a wharf from Capability Savage (whose work to make the Airfix Waterloo Farmhouse a true gaming item you may have seen before over on Joy & Forgetfulness).

My brief was simple (or at least simple-minded!):
In broad strokes I was looking for approx. 36" stone and/or wooden wharf to go around three sides of a waterway in a small colonial port. Extras like steps, piers, mooring posts would be good too.
One issue I wasn't sure about was how it would connect to the town - without building up the ground level... 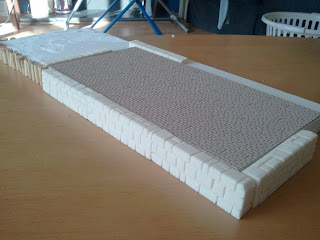 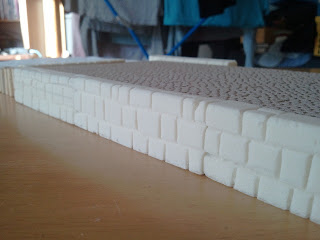 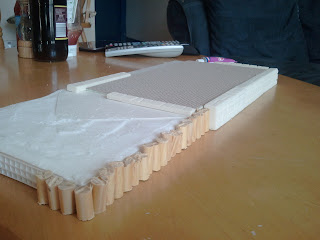 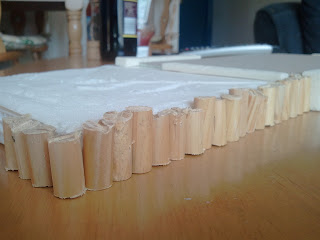 Keeping the overall shape fairly uniform was important - after all I would be transporting this in a box to games. I really didn't want to fully integrate it with the land or water sections - just to set it down on a water area which will be on a earth-coloured mat. I'd be putting buildings nearby with cobbled streets and such, so it'll be a rough-and-ready transition. 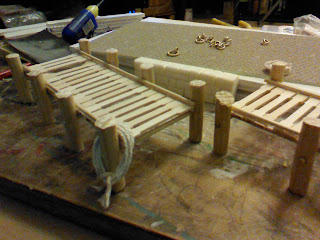 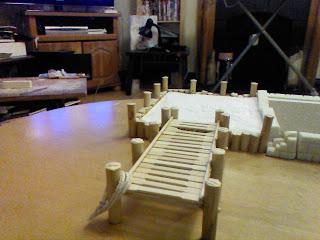 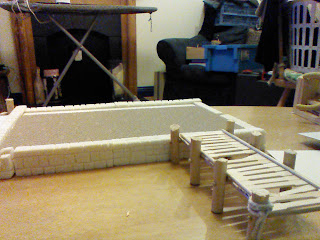 Two wooden jetties would jut out from the main wharf.

I had a few boats which needed to be considered. Three of them have straight gunwales of just less than 1". The fourth one has a waist of just more than 1" and forecastle/quarterdecks of approx 2".
My initial feeling was that something of between 1 & 2" is about right (for 28mm figures by the way). 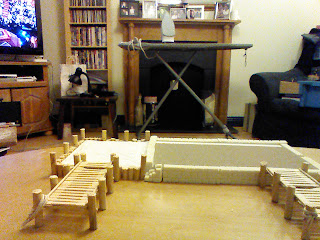 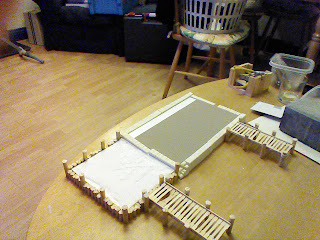 The game in question was set during the Pulp era, so aiming for 1920s/30s colonial Africa, but really I wanted to be able to use it for Mobsters as well - somewhere between a well-run merchant dock and small Caribbean port.