The Bastion of St. Conrad

My second contest is still running.
I'll be drawing a winner on Tuesday, so let's see what your favourite Land War in Asia posts are.

I wrote this systemless scenario for a Guild task last month, but never got around to posting it here. 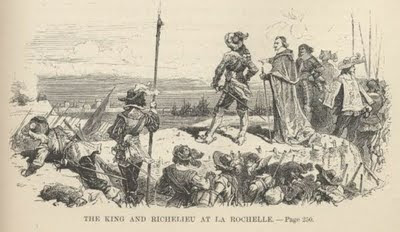 In the midst of besieging a Hessian-held city, four officers of the Saxon Brigade have discovered a conspiracy against their Duke. Not knowing who to trust inside the camp, they make a brave sally to take control of the ruined bastion of St. Conrad where they may discuss the matter privately. However the abandoned bastion belongs to the city’s fortifications and the Hessians intend to take it back and repair it forthwith. 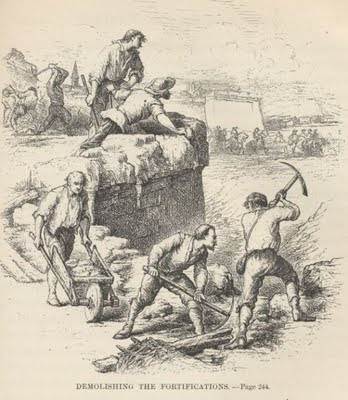 The senior amongst the group, one Adler, has placed a bet with a Swabian dragoon that he and his three companions, Eichel, Pfaff, and Ungar will go and breakfast in the bastion, and we will remain there an hour, by the watch, whatever the enemy may do to dislodge them!

As you may have guessed it's a thinly disguised version of the exploits of the Three Musketeers during the siege of La Rochelle.
If anyone has a recommendation as to what system would suit this, please let me know your thoughts.
Posted by Donogh at 20:24