The polling booths for the 2011 Project Build closed yesterday over on The Guild.

Not quite so happy with my showing this year, primarily because I lost the will to paint Thirty Years War in 28mm - I did get a few nice scenarios written up and some substantial rules for a Command & Colours variant. 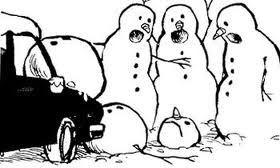 Speaking of which, voting to decide what scale I'm switching to for the Thirty Years War continues (top-right hand corner of the blog). Currently 2mm is languishing on 3 votes while 6mm and 10mm are tied with 8 votes apiece.

This year the format was slightly different in that we voted for every task and not just at the end. A better system I thought and stand-out tasks could get a lot of credit.

So, without further ado, the winners' podium!

Olivier in 3rd place with his Berlin terrain and German and Soviet forces. [on 85 votes]
While I could pick out some of his individual photos his game report is just irresistable!

Michi in 2nd place with his Star Wars stuff. [on 92 votes]

Ansbachdragoner in 1st place with his Sword Beach terrain and figures. [on 138 votes]

Well done to all who completed their projects, I'm sure you'll agree there's some beautiful work there. My own personal favourite was Janner's Crusades project.

Next year, I reckon I'll be doing a load of stuff for the African Warlords game in Kildare.
Posted by Donogh at 21:22