So, as it seems to be the time of the year to do this sort of thing - here's a brief rundown on some memorable pieces of the year, with a peek into 2012. 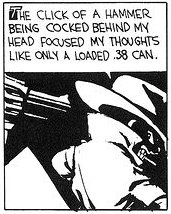 While the prospect of doing a game I'd previously done in 10mm in a different scale seemed foolish; I really enjoyed this. The 28mm stuff really drew people in when I ran it at Gaelcon and got enough interest to make me consider publishing the rules myself. With lots of potential for action without dinosaurs for some more straight-forward pulp-era adventures Wrote a handful of scenarios based on the fantastic book following the Royal Anglians in Afghanistan for the Trinity Gamers. They all went well, and I'm on hiatus for completing the full 10 scenarios I envisaged - probably for a return event next year. Of course some great company (and booze) helped make the experience enjoyable! Went on a bit of an old school jaunt during the year - playing a version of Blasthof Bridge (using C&C Napoleonics), a reimagining of Sittangbad and staging one of Battlegames' Tabletop Teasers (both using Force on Force). More along those lines for the coming I hope 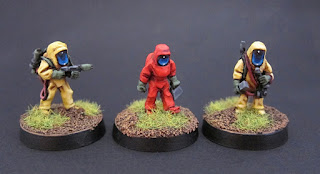 Brilliantly realised gaming from a man who convinced me that solo is not a last resort. The painting's not half bad either.

Gunbird from The Guild finally bit the blogging bullet early in 2011 - it does not disappoint. His painting and scratchbuilding is just fantastic and his predeliction for wrecks and ruins is charming.

Richard's blog shows a single-mindedness that's frightening - his work, whether on vehicles or infantry is just inspiring.

Gaming Releases of the Year

This really covers all the Ambush Alley Games releases since the Osprey edition of Force on Force came out. From present-day Afghanistan to what-if Cold War the sourcebooks are very well put together, with 20 scenarios in most of them. Add Tomorrow's War to the mix and it really was Ambush Alley's year. My review, posted here in April was my most popular entry within a week and almost has a thousand views.

The long-awaited release of the latest addition to the Richard Borg Command & Colours stable was up to the usual high standard. Sometimes deceptively simply, intricacies continue to surprise and we're satisfied that the system is a standard bearer of the quick-play, results-oriented wargame. 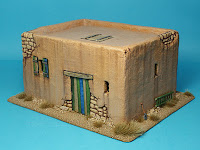 Byzantium released this well-stocked line of resin buildings in August - I'm desperately resisting picking them up as they look the business for my Afghanistan games...

This year seemed to be replete with first-rate wargames, avoiding Saga, but I did pick up I Ain't Been Shot Mum 3 from TooFatLardies and Kampgruppe Normandy from Warhammer Historical too - I may not play but they do look very good.

Projects in the Pipeline
In 2012, I'm keeping my new lead purchases to a minimum - and so all three of these projects are mostly already in the house. A third force for my Novaya Sakha campaign, I'll be adding to the large powersuits and drones with some light vehicles, personnel and some suits! I'm planning to have these guys in action for Leprecon at the start of March. Vehicles from a variety of sources (GZG, Old Crow and Antenociti) and infantry from GZG's 25mm Stargrunt range.

The Guild's Big Game for 2012 is in August, so that's a pretty firm deadline for me. A large mechanised infantry force with supporting artillery and armour. Infantry by Liberation/RHModels and vehicles mostly by S&S at this stage. Didn't I promise something for Austria 1809 last year? At least all I have to do here is just run the campaigns and the individual battles which occur. That shouldn't be too difficult, right?

The Thirty Years War (in 6mm - so says the electorate) will be strictly kept on the long finger until the end of the year.

(I'm not going even start on my discussion with the esteemable Conrad Kinch of our doing Waterloo in 2015...) 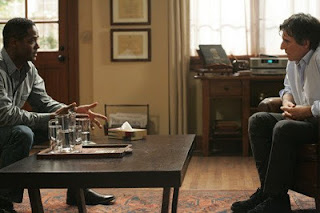 This is probably as direct a drama as I watch - just two people in a room talking for 25 minutes. The show follows a psychotherapist and his patients week by week. A really nice touch is the scheduling, which puts a complete round of episodes on every week. We follow each patient with over 7 or 8 episodes so there's no quick-and-easy solutions to their problems (if at all). Inevitably this third season is also the last, unless plans to revive it in a different format come to fruition. Given similar discussions for Deadwood came to naught, I'm not holding my breath. 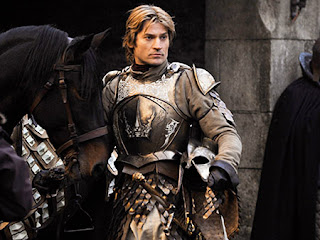 The big one for the year; I even plugged this as one to watch out for this time last year. HBO did not disappoint. Of course some fans were unhappy, and while I agree with some of their concerns, I thought that the acting was first rate. It's a feature of the medium that would upturn the carefully constructed Points of View of the novels, but in Viserys, Robert or Jaime we got to understand some of the more unappreciated (nay - hated!) characters of A Song of Ice and Fire. 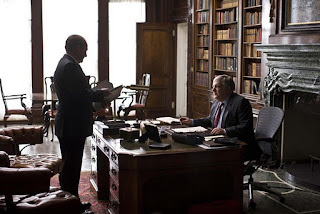 Series 10 brought the flagship BBC show to an end - what I really enjoyed about this year's outing was that all 6 episodes were bound together tightly into one plot, with only a couple of side cases to distract. As usual unforgiving high stakes are the order of the day, with some (un)healthy doses of realpolitik.

Gunpowder and Galleys: Changing Technology and Mediterranean Warfare at Sea in the 16th Century

John Francis Guilmartin classic study of warfare in the Mediterranean has been updated with new research, but his thesis remains intact (even stronger actually).

Sebastian Junger's insightful work following an infantry platoon in the Korengal Valley in Afghanistan (perhaps more familiar as the documentary Restrepo) is powerful because he gets very close to the men and yet is able to put their psychological state in some kind of context.

This is only the first volume of Jack Gill's masterful account of Napoleon's 1809 campaign against Austria. Clear analysis combine with useful maps to make this the perfect companion for the aspiring wargamer.

So, there you go! Hope you have a good 2012, may your lead pile grow smaller (but not vanish altogether).
Posted by Donogh at 22:56