In April 1811, following news of Masséna's complete withdrawal from Portugal, Wellington sent a powerful Anglo-Portuguese corps commanded by Sir William Beresford to retake the border town of Badajoz. The Allies drove the French from the area, and laid siege to the remainder in Badajoz. 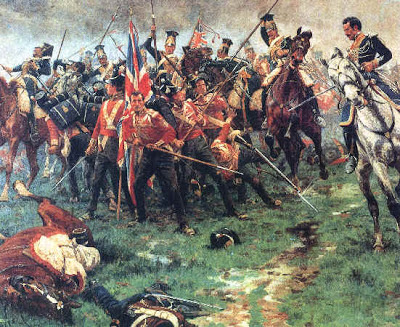 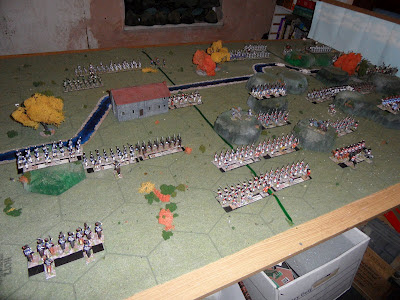 Soult rapidly gathered a new army from the French forces in Andalusia and, joining with the troops retreating before Beresford, he marched to relieve the siege. With intelligence of another approaching force—a Spanish army under General Joaquín Blake—he planned to turn Beresford's flank and interpose his army between the two. However, Soult was acting on outdated information; unknown to the Marshal, the Spaniards had already linked up with the Anglo-Portuguese corps, and his 24,000 troops now faced a combined Allied army 35,000 strong. 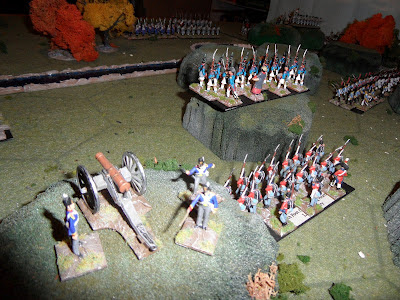 The Spanish hold front and centre, backed up by the British, but it will surely be upon the Spaniards that the French hammer blows will land first 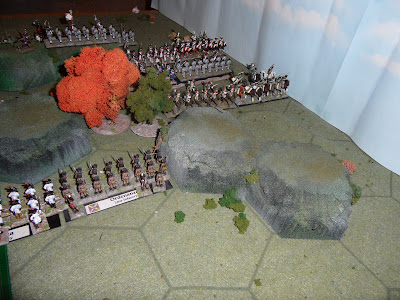 Though outnumbering their enemy, the allied force's right flank is heavy threatened by a large concentration of cavalry, backed up by columns of infantry. No one trusts these ill-trained Spanish infantry to hold for long 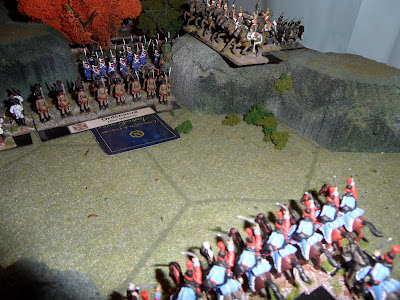 Hit from all sides, the first Spanish line infantry unit is able to form square, but takes heavy casualties from French light infantry in front of them. The Spanish light cavalry behind manoeuvres to strike 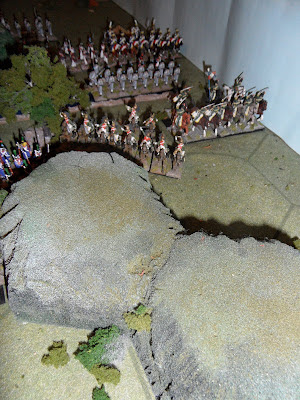 The French cavalry is repulsed! For now... 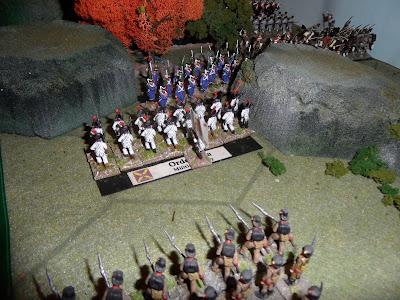 The Spaniards being a withdrawal under pressure, seeking to gain time for the ill-treated line infantry to be rallied 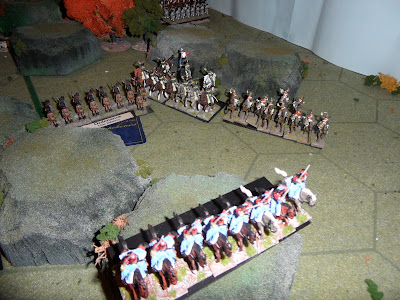 Just as they do rally, a mass French charge catches them all unawares - unable to form square one unit is wiped out and the Spanish cavalry are driven from the field 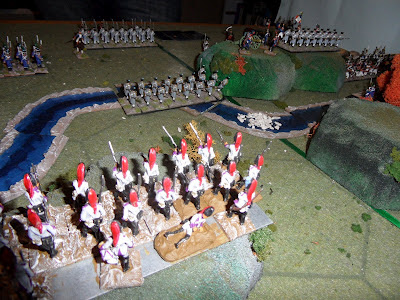 In the centre, the Spanish Grenadiers fire at long range into a French unit crossing at the ford, to some effect, but hardly enough given that there are two more battalions advancing behind them 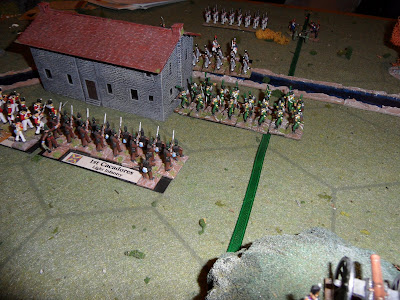 There have been some moves on the Allied left, but hardly enough to get excited about - Albuera screens the weakened French flank from any serious attack by the Portuguese beyond, and the French storm and take the town, driving out the British light infantrymen who occupied it beforehand 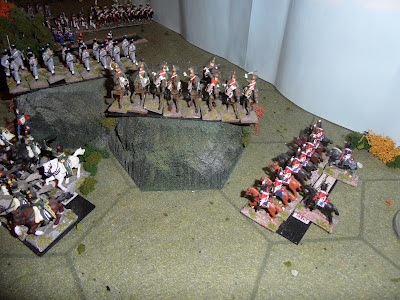 The British Heavy Cavalry, who moved surreptitiously behind the ridgeline on the right have charged into the flank of their French counterparts, their attack is unsuccessful (despite two bites at the cherry) and now they are feeling vulnerable 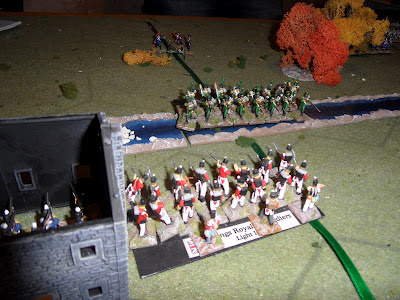 Back at Albuera, a combined attack by the British and Portuguese takes back the town driving the French lights back into the shallow river 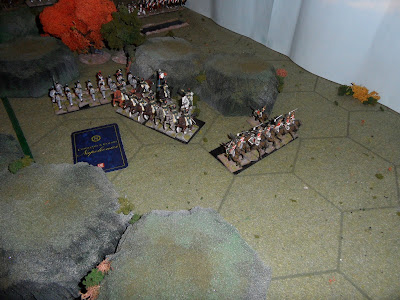 French elan is triumphant as their cavalry destroys the Portuguese square and the British heavies. It is time for the allied commander to earn his pay - he has kept up with the French but is now in danger of losing the whole army A carefully arranged reverse slope defence (I wonder if this will catch on in the remote hilly peninsula...) strikes at the French and appears to catch them with their pants down

Lead by Blake, the Spanish and British wipe out every French unit unlucky enough to be within range!


The French general gnashes his teeth: from a commanding position at 5-4 he's lost the game with a classic 8-5 comeback. His left flank reserve (including his resplendent Polish lancers are left untouched. He will survive, but he must retreat from Badajoz!
Posted by Donogh at 21:16