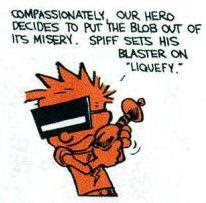 Peckinpah gave us a completely new way of doing westerns (and firefights) in this film. The opening shootout sets the scene but this one is a masterpiece of mayhem

Beautiful stuff and the only anime on the list. The first time I watched it I didn't realise until the end of the scene that I was watching it without subtitles: I just had to rewatch the whole thing from the start

Super cheesy stuff from Eastwood who probably sets some kind of killcount record here. Is the twin MP40s too much? Who cares!

A nicely executed attack with a small team. Unusually for the list they try stealth at the start. Bonus points for good camouflage and using smoke!

Doubtless you'll have your own ideas, and this is a perfect topic for conversation over a few pints. 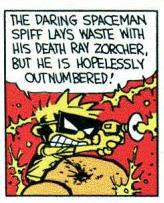