On Sunday of Warpcon I ran a couple of games of the classic starter scenario, Contracting Trouble.

An SUV carrying two civilian contractors was hit by gunfire as it moved through a neighbourhood in one of the city’s red zones. UAV footage indicates that the contractors are injured but alive. The contractors have held the small group of Insurgent gunmen who attacked their vehicle at bay for nearly a quarter of an hour, but more armed men have been spotted converging on the disabled SUV. 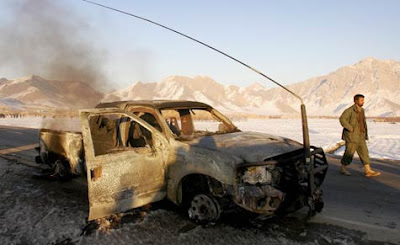 A squad of soldiers is in the vicinity and can be on-site within the hour. They must locate the contractors and escort them back off.