With rebel forces in control of the Package, a SpecOps team has been sent in to put eyes on it, and destroy  it along with any threat to the stability of the region. 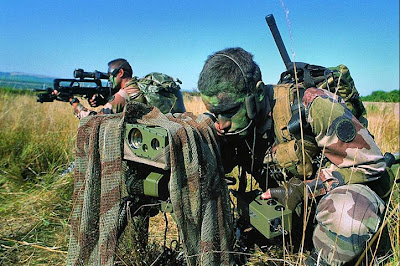 A two-man hidden sniper team lies conceals, attempting to put 'eyes on' the Package in order to call in an air strike to put it permanently beyond use.

A close-run affair in the end - while the QRF were amazingly effective, the rebels were one morale check away from victory in the last turn!
Posted by Donogh at 21:28