As the Gurkhas draw a cordon around any possible escape, A Company of 3 Para is landed by Chinook on the outskirts of Now Zad. 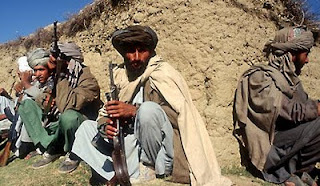 The Taliban wait to drive them back to the landing zone. The paratroopers advance through the scrub Some casualties are taken in the intial rush. Impetus and control breaks up as fire teams hunker down in cover The left flank continues its advance, avoiding contact with the Taliban groups over the wall The team going around the other side of the poppy field takes fire from the Taliban sniper, but spots him after an ineffective shot and puts him down In the centre the Javelin team gets hit continuously but miraculously both team members survive multiple hits with only minor wounds. The fire-teams who intervene to give medical aid are not so lucky though After some initial success the Taliban withdraw back to the main compound and despite taking some losses at the wall opposing them the British clear out this last redoubt, including the 81mm mortar which has advanced to fire directly (due to the loss of both leaders who were able to call in targets) A pyrrhic victory for the British, taking significant casualties as well as expending masses of ammunition in taking this outlying farm
Posted by Donogh at 12:01