Did these guys over the last few days for The Guild's Sniper Speed Build. 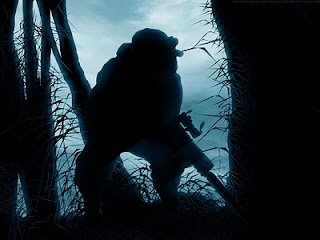 Art by WightZombie
A company of Sakhans have joined forces with the Liberation Army of Novaya Sakha. These famously brave and stalwart light infantry have fought on both the Human Co-Properity Sphere and Neo-Soviet sides over the last century in central Asia and on various colony worlds. Sniper creeps up to get close and personal These are two of the four sniper poses from GZG's 25mm Stargrunt range of NAC Gurkhas
Posted by Donogh at 23:42