A Good Day to Die - Scenario

A scenario for Tomorrow's War...I hope to play it next weekend

The Prefecture has stepped up efforts to locate the Sakhan Liberation Army in the Anabar area. Forces have been pulled from the Wŭwēi and Hànhai garrison battalions to scour the countryside for any sign of their presence. Minor skirmishes and ambushes have been widespread. A HCPS patrol has encountered a strong SLA presence near the failed mining centre of Sagatay and in moving in to clear out the insurgent forces. Unbeknownst to the HCPS they have happened across a major stronghold of the rebellion… 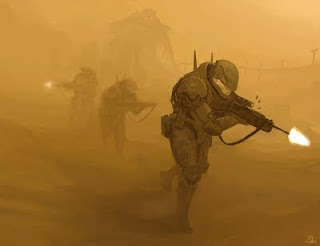 Art by WiredGear
HCPS MISSION OBJECTIVE
Kill as many of the rebels as possible and prevent them from disengaging until reinforcements can encircle them.

Hold the HQ until all sensitive data can be removed and then evacuate as many personnel as possible. 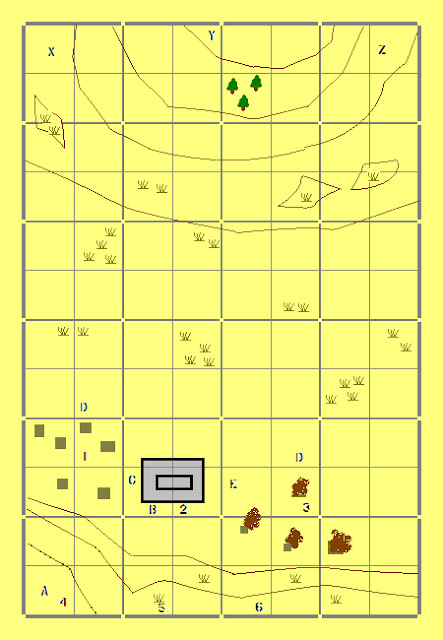 The Scout Team is commanded by an NCO and comprises one fire team (3xIWs, 1xSAW) (at Z)

Power Armour Squad is commanded by an NCO and comprises just one fire team (2xIWs, 1xGPMG). They will deploy in two pairs. (at X & Z)

Fog of War cards are generated by reaction tests as normal.

The SLA HQ building hosts a wealth of operational data which would be invaluable to the HCPS campaign to suppress the rebellion.

There are nine tranches of usable data, and any of the Sakhan technicians who enter the building can sanitise a portion of the data by succeeding a TQ test. The technician will suffer a -1 to the die roll if the HQ is damaged in an attack during the turn. 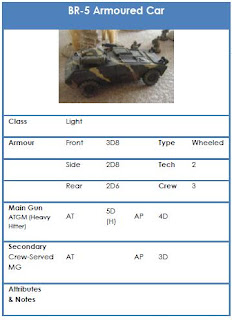 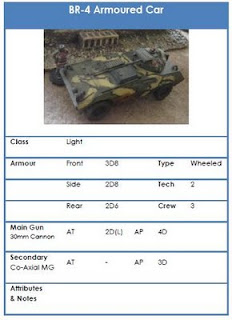 A pdf is available here
Posted by Donogh at 11:47