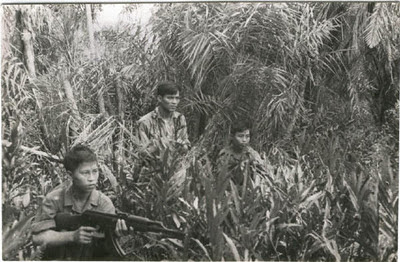 Once again, I gave this another go solo, and a more aggressive start from the Americans and some lucky rolling from the HQ team see the VC embroiled in a tough firefight before they can even start their intelligence-gathering operation.
Posted by Donogh at 22:23