Here's one of the articles I wrote for issue #1 of The Gazebo; in which I wanted to identify things which wargamers might find inspirational, not just blog posts, but books and films as well. I hope to make it a regular column

Blog
Lard Island News (the official blog of Too Fat Lardies) is always a good read. Giving us some valuable insights into why they design wargames the way they do. In this post ‘Fight on the Via Claudia’ they give us a good look at their work-in-progress Dark Ages game – looks like we’ll be getting a fine campaign system to develop warbands and it’s nice to see that leading from the front isn’t the only viable option for a warlord. Sidney Roundwood gives us a very different report of the same battle with his more epic approach.

If you like that, check out The Winter King by Bernard Cornwall – presents a very different view of Arthurian Britain from usual fare. He keeps to history as much as possible albeit with a generous pinch of poetic license. Fantastical elements are barely recognisable behind the grime, but this authentic take on the legendary King is compelling stuff.

Miniatures
Tiny Solitary Soldiers have done some great work on these Guncrabs from Khurasan’s 15mm Sci-fi range (though unfortunately not available yet). While I’m firmly wedded to my 25mm sci-fi collection, I am being constantly tempted over to 15mm by Khurasan’s releases and Spacejacker’s paintjob on these so good it hurts!

If you're more historically inclined, Claymore Casting's Medieval Scots are well worth a look. Claymore Castings are a new company and it’s great to see a fringe area get a bit of coverage – specifically for the late-14th century. From the look of them they’ll be usable for the Hundred Years War and War of the Roses without too much heartache, and given they seem to measure up pretty well with the Perrys’ range. Have a look at Saxon Dog blog for more photos. 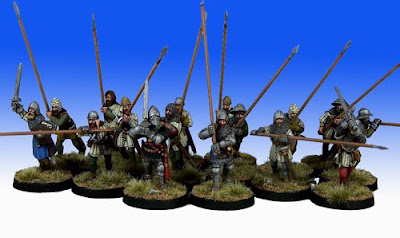 Non-Fiction Book
Lords of the Sea by John R. Hale tracks the story of the ancient Athenian navy and its deep connection with democracy. It starts with the formation of the navy against the Persians, following its development to strangle the Aegean world with its naval empire and then to Athens’ confrontation with Sparta and its eventual demise. Not an academic history by any means, this is a fascinating look at how deeply naval matters permeated Athenian society, and there’s certainly enough time spent on the campaigns and battles of the era to whet the appetite of any naval wargamers out there.

If you like that, check out Tides of War by Steven Pressfield – a bit of a slow burner of a historical novel (and certainly not the crowd pleaser that his Gates of Fire is) but this is still an absorbing study of the career of Alcibiades, the Athenian general who sided with his native city as well as the Spartans and the Persians during the Peloponnesian War.

Fiction Book
Darkie's Mob by John Wagner – originally published in Battle, this comic strip (republished in a hardback edition by Titan Books) follows the exploits of British soldiers behind Japanese lines in Burma during the Second World War. Like most of its contemporary comic strips, it’s a ‘boy’s own’ action adventure, but unlike many of them it includes great characterisation as we follow the vicious escapades of Captain Joe Darkie and begin to unravel his mysterious past. 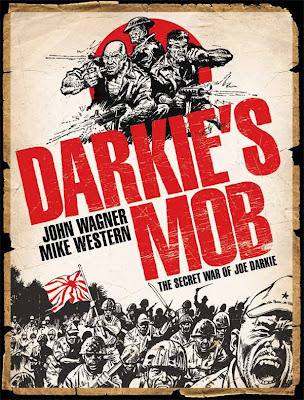 If you like that, check out Quartered Safe Out here by George MacDonald Fraser – the well-known author of the Flashman series recounts his experiences as a young officer in Burma during the last months of the war.

Film/TV
The Beast – a virtually unknown film set during the Soviet occupation of Afghanistan. After a punitive raid on an Afghan village, a Soviet tank takes a wrong turn and is hounded by Mujahideen as it seeks a route to safety. Where this makes its mark is the interaction between the tank’s crew and their tyrannical commander. I’ve already taken inspiration from this for a Force on Force game set during the conflict.

Though really, it’s probably much better suited to a roleplaying format - if you fancy that check out T-72 for Fiasco. Fiasco is a game about ordinary people with powerful ambition and poor impulse control – designed for single-session play with no prep, they release a free playset every month.

Random Site
Season 6 of the Lead Painters’ League is underway over on the Lead Adventure Forum
If you're not familiar with it get yourself over there to see some fantastic eye candy (as well as people going through their lead mountains at a cracking rate!) Every round participants paint up a team of miniatures, they're randomly paired off with another contestant, and then everyone votes for their favourite in the pairing. There are ten rounds after which a league table of sorts has been established. There are bonus points for matching themes in three of the rounds.
I'd urge you to join up, take a good look and vote. Here’s a favourite of mine from Round 3, featuring some exceptionally well-painted Quar cavalry. 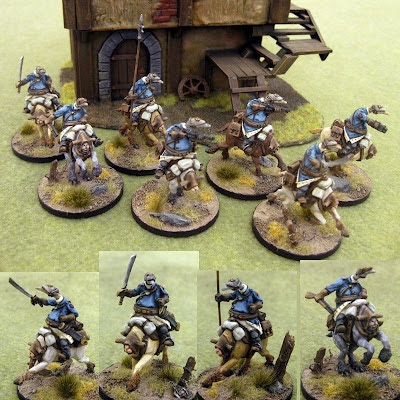 Zombiesmith produces miniatures, rules and background with a unique sci-fi vision for the Quar.

You can view and/or print issue #1 from here

If you want to join the attack email me.
Posted by Donogh at 22:04