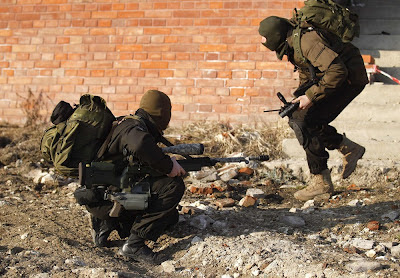 The game is up and the Operators are forced to evade the rest of the security force
Posted by Donogh at 22:23