An enemy offensive is imminent! The Fascist Viper is coiling to strike at the Motherland! 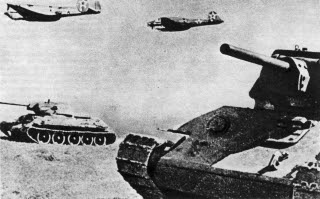 I'm heading down to Kildare to play a big game of BattleGroup Kursk. I've pre-ordered the game, but this will be my first chance to play it. A good few of the guys based around Kildare will be playing, but there will be some special visitors from the UK and The Netherlands...

Here's a quick sample of what you might see when I get back on Sunday: 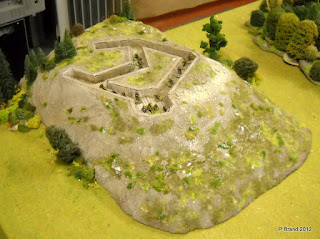 Piers: World War 20mm
Piers created this fortified hill for the Germans to take (I think he's feeling sheepish with this sterling work now, given he's on the German side!).
In fact, if you visit Piers' site now, you'll see the table is set up already... 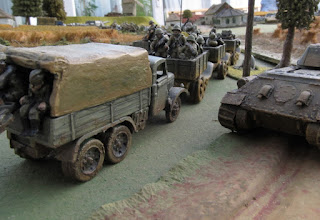 Warwick: Move to Contact
Warwick's been showing off some of his work recently and I just love these motorised infantry 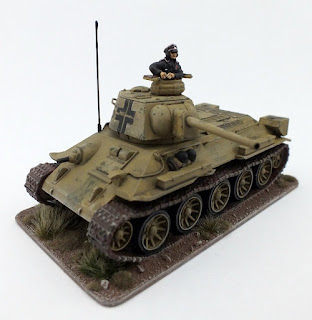 Johan: 20mm and then some
Johan's been shamelessly putting T-34s to work for the wrong side! I think you'll agree that they do look rather splendid and it'll be a shame to destroy them!

For some reason yours truly has been nominated the overall Soviet commander, so no doubt I'll be back (hungover and rather worse for wear) with a handful of excuses for a dismal performance! 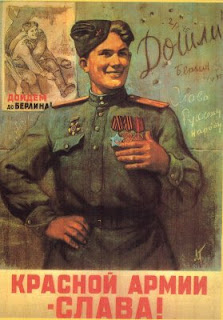