The second issue of the all things to all gamers e-zine for the UK & Ireland The Gazebo was published last week and I'm really impressed with the improvements our design people have made since the last time.
You can view and/or print it from here but if you want to download it instead you'll need an account (pretty quick sign-up though). 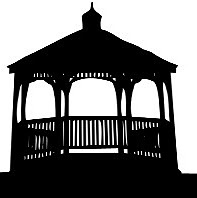 Blog
Dougie’s Wargaming Blog is a relative newcomer, but all of his stuff is top-notch. In this post on ‘Irrigation Ditches’ Dougie shows us the finished product for some really nice ‘Green Zone’ terrain for his Afghanistan games – look back into some of the archives for a step-by-step guide in case you’re interested in take a stab at this simple but highly effective wargaming terrain.
If you like that, check out this three-part BBC documentary ‘Our War’ – uses helmet-mounted cameras along with candid interviews to give a close-in view of the Afghan War. The episodes show very different slices of the experience, not just action, but also the impact felt by the local population.  Available on DVD, but you should be able to get a flavour from the site.

Miniatures
6 Inch Move has been closely following Hawk Wargames new sci-fi line ‘DropZone Commander’ and the photos of the 10mm miniatures have been breath-taking. Have a look. All of the factions have obviously-different design philosophies and that’s always nice to see in a game. If you’re wondering, the Post-Human Republic stuff is catching my eye!

If you like modern wargaming, then Elheim release consistently great sculpts in 20mm. They increased their modern British range in April with some additional NCOs and a command team. As well as realistic poses, their inclusion of kneeling figures and specifically equipped soldiers for command (not just guys pointing!) is great for wargamers.

Non-Fiction Book
The Revenge of the 47 Ronin by Stephen Turnbull tells the famous tale of revenge in 18th century Japan.  Turnbull dissects the historical events and looks at how this classic tale of Samurai values has spawned countless versions on stage and screen. As befits an Osprey publication in their Raid series, photographs and illustrations as well as useful maps add flavour and detail. I’ve already started work moving this to a modern setting for a short series of wargaming scenarios …

I should recommend James Clavell’s Shogun, but if you are after for a dutiful path of violence, Ghost Dog: Way of the Samurai is worth a look. Forest Whitaker gives a superb performance as a hitman who lives by the code of the samurai in service to a mob boss. , Jim Jarmusch’s film is almost entirely character driven, even when there’s an action sequence it’s all about tone.

Fiction Book
The Fort by Bernard Cornwell – poles apart from Cornwell’s usual fare, this multi-faceted tale of an obscure siege of the American Revolutionary War eschews a hero-led narrative. What’s compelling about the story is that we get to see both sides’ flawed thinking and how costly their mistakes are. I’ve previously described siege warfare as the ugly sister to wargamers’ Cinderella, field battles; but if you’re at all inclined to give sieges a go, try reading this one to help you off the fence.

If you like that sort of thing, locate a copy of A Gallant Defense: the Siege of Charleston, 1780 by Carl P. Borick – a strong piece of writing which covers all the bases of the complexities of the campaign and siege operations while maintaining a clear narrative.

Film/TV
After a long day of wargaming recently, we sat down to The Losers, the film based on the comic series of the same name. Made to follow the first storyline of the series, there’s nothing hugely original or breathtaking about this, just an enjoyable action movie with lots of nice set pieces and one-liners. 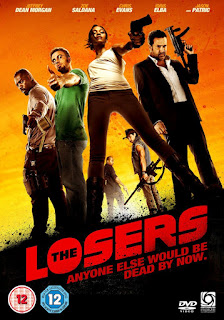 Discussing it afterwards, while we could see parallels in the main characters to gaming group’s behaviours we struggled to identify a good system (either for roleplaying or wargaming) which would encourage this kind of dynamic…

Random Site
The Grimsby Wargames Society run a thriving club and they obviously have a load of talented people involved. They run games across the widest of interests and I’m always interested to click through to their latest gallery of battles played. Most recently they ran the Battle of Breslau 1757 but it’s their Chechen game from a few months back which won them plaudits all round. 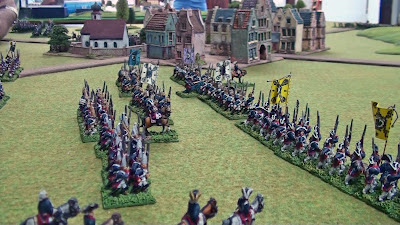