The Austrian Army Marches to War

The Austrian Army marches into the Kingdom of Bavaria 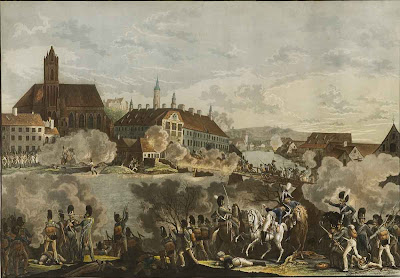 A column of infantry marches up a quiet country road The right wing in line The centre behind artillery batteries Cavalry leads the left wing out Generals consult alongside the heavy artillery The Austrian army readies itself for battle. Finally, at long last, there is the prospect of a game tomorrow! I'll post photos along with a report over the weekend
Posted by Donogh at 22:01