US Special Operations Forces have been deployed to Iran to gather intelligence on the Iranian nuclear programme. They have identified several noteworthy leads, and the National Security Council has given the go ahead to shut down these worrying prospects using tribal lands in Baluchistan as a base of operations. 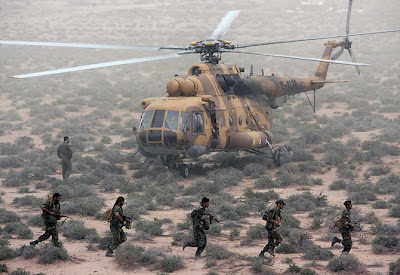 The campaign will comprise three or four scenarios following US Special Forces targeting Iranian security around the nuclear programme, and the resultant Iranian efforts to shut down their base of operations.

Of course this is a hypothetical campaign (or at least I must assume so with my current security clearance!)

I'll be running this mini campaign on the Saturday of Hobocon. Hobocon is on from the 2nd-3rd June in the Teachers' Club in Dublin. Visit their site.
Posted by Donogh at 22:01