Concluding this short series of posts with my top three...

#3
Glory
Like in all his films, Zwick is able to give his battle scenes grand scope while concentrating on the characters. He treats each battle as a scene, telling its own story. This film never fails to move. 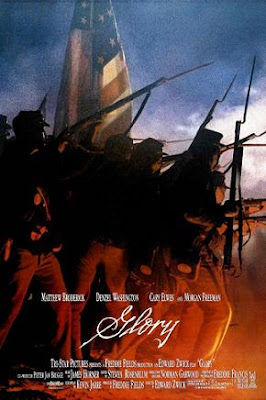 #2
A Bridge Too Far
An archetypical example of battlefield friction. With the best will in the world, everything that can go wrong, will go wrong. Uncommon valour may win the day, but sometimes it can only delay the inevitable failure.

#1
The Seven Samurai
This one is also on my best-ever/favourite films list. I love the way it's really unimportant what weapons any of the characters are using (apart from them being a signature/style). It's the quality of the person using it that matters. And of course with the bandits and especially the villagers quantity has a quality all its own. Leadership, morale and some kind of a plan all play a role too. 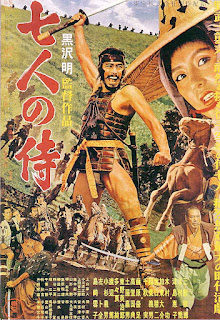 Thanks for reading - I've had a few interesting suggestions in comments so far (Khartoum & The Four Feathers - perfect for those of you colonially inclined). Any others out there?