The French Army crosses the Danube

The French Army has gathered to cross the Danube 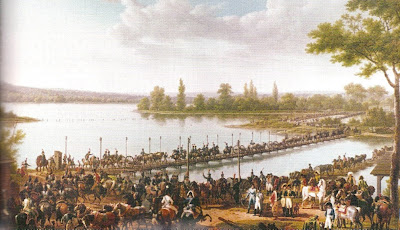 The left wing controls a hillside THe centre is deployed for battle The Grand Battery in a commanding position Lancers behind ready to be let loose The right wing snakes around fields A firing line readies itself Putting finishing touches to Sacile, so we should see these guys in action over the next few weeks...
Posted by Donogh at 13:41