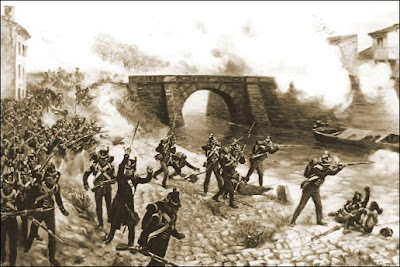 A nice battle indeed though a victory for the Allies; this was replayed with six players (each taking one section) and despite almost total ruin for the French we pulled it out of the bag for victory 6-5 at the last gasp!
Posted by Donogh at 22:00