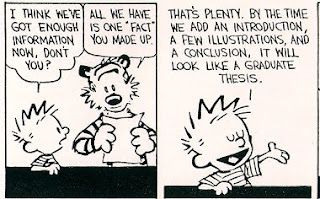 Just back from holidays today. Spent a week in Youghal, and we got fantastic weather for it (I call it 'back-to-school' weather). I had planned to do writing in the late evening (second draft of Command & Colours - siege rules and the outline of my Ambush Alley campaign for Gaelcon) but a tooth infection the day after we arrived put paid to that. A course of anti-biotics and the pain had a severe affect on my stamina (not to mention the dawn 'til dusk antics of a toddler!)

My holiday entertainment after Isabel's bedtime consisted of The Dead Flags in the kitchen whilst cooking, the entirety of Spaced and the third in the Captain Alatriste series - The Sun over Breda. Fantastic stuff all-round. Of course following my trip to the dentist, Tiger Beer intake went to zero!

From the last post (Motor Pool) you may have guessed that I've broken the back of my sci-fi project. More to the point, 65+ figures and 5 vehicles that have been sitting on the shelf unpainted for more years than I care to remember are now in service! Small beans maybe but still a monkey off my back, and kudos to the Guild for providing a great environment of encouragement.

Speaking of which: they've just finished the Big Game. Two years in the making, this gigantic Cold War gone Hot scenario pitted thousands of miniatures against each other across five boards. Unfortunately I wasn't able to attend but take a look over here

Here are some flavour shots (click to get a larger view) but believe me there's plenty more in the gallery...

They're already planning a follow up game for next year, and I'll probably run a game here in parralel. Maybe a 6mm massed armour bash with a small 20mm special forces operation on the side.

Not to mention that the crazy bastards are already talking about the 2012 Big Game!