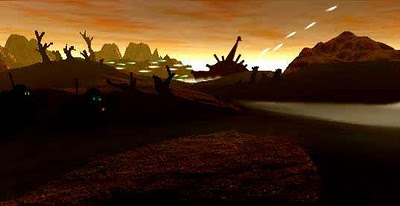 Although the Combine forces were stopped well short of their objectives, serious losses were inflicted on the PanEuropean command, but it looks like Combine will have to find an alternate route to Berlin...
Posted by Donogh at 09:35 No comments: