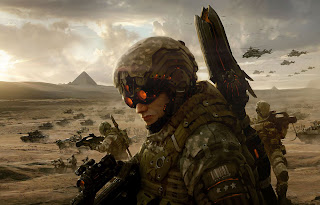 "Wedding Photographer" shot where everyone in the platoon squeezes in!

A couple of issues with these:
First - photos aren't entirely satisfactory with light available, I'll see if I can take better over the weekend.
Second - these miniatures were undercoated long ago, so basing wasn't quite settle firmly enough to drybrush properly, also they were undercoated white, and will definitely switch to black after this
Third - a long time since I've painted anything in this scale, so my 6mm techniques need a big shake up to cope (as Cyril foresaw a few weeks back over coffee!)

These are from GZG's 25mm Stargrunt range, mostly from the ESU line, but the scout team are from their PAU range - but this power uses a lot of ESU equipment in canon, so they're perfect for second-line troops.

I did take work-in-progress photos, so if anyone's interested I can post those with some commentary.
Posted by Donogh at 22:14 3 comments: 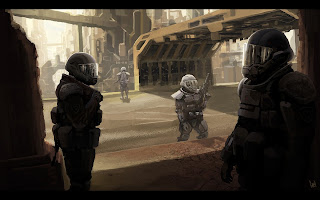 Art by WiredGear
I did promise something on my current work in progress, a platoon of infantry for the Project Build over on the Guild.
I have been painting for Friday's deadline, and have been taking photos (in bad light) along the way, but haven't had a change to blog about it yet.

In the meantime here's the TO+E I've created for the government forces involved in the Rebellion on Novaya Sakha (the vehicles are in task 4, and the infantry in task 2)

Hopefully I'll have a bit of breathing space tonight to post photos of progress so far...
Posted by Donogh at 13:24 4 comments: 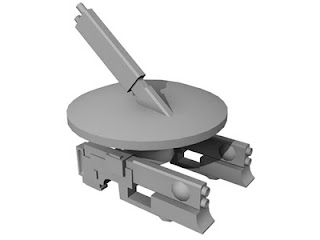 EuroFed technicians testing out a drone beside an industrial complex.

Technicians argue about the proper settings and specs for their drones.

Four drones out in jungle.

These four drones will back up the EuroFed Marine platoon in the jungles.

In other news, I've started work on my ESU platoon for my Guild project build. I expect to have something to report at the weekend...
Posted by Donogh at 22:04 4 comments:

This Time it's War!

The American Marines have arrived in Dahomey: This time it's war!
Posted by Donogh at 21:13 3 comments:

The Taliban are here in force, with two groups, a technical and a sniper hidden in an outlying house. They expect quite a lot of help from their brethern in the area [insurgency level=6] 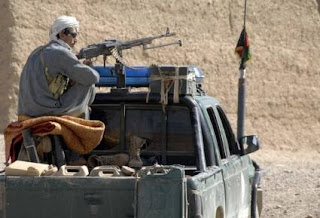 Two sections, bolstered by a GPMG team [in some superb rocky cover] are strung out in a loose line assaulting a Taliban-controlled village in the green zone.

A large group of Taliban emerge on the rooftop controlling the route into the village, but they immediately take fire from the section advancing towards them, aided by the GPMG team and are wiped out to a man before they can put down any effective fire

The Taliban commander decides to amass forces before attempting the next engagement, and his sniper team, though not properly spotted by the British, is denying them some obvious lines into the village

Despite the sniper (who fails to react in time) a fire team with medic in tow advances ahead of it supporting units to take control of a building. It awaits the full British plan to evolve before moving on and hunkers down to avoid some glancing shots from the Taliban

The 2nd Section, having taken a circuitous route around the Taliban right flank has finally entered the village outskirts.

Meanwhile in the main advance the left-hand fireteam was caught out of position and took terrible casualties despite the supporting fire from the GPMG team nearby. One soldier was killed outright and three seriously wounded. The other fire team with the attached medic was not in a position to aid them, and hunkered down to await the expected flanking movement from 2nd Section to occur.

[This correspondant has not been able to find any photographs of this firefight, and can only assume that the MOD has suppressed evidence of the losses to avoid a media frenzy on the home front]

Using the poppy fields as cover, they Taliban sniper can't get a bead on them from here either. Now they can support the main advance while closing down the known Taliban house on the edge of town

The 1st fire team reaches the wall underneath a large tree, providing a base of fire to take control of the Taliban house beyond. A fierce firefight erupts as the Taliban advance along the opposite wall to contest control

The advancing Taliban technical is taken out by small arms fire from the 1st Section, and it careens into the wall where a Taliban squad had taken cover. They rush away and engage the British but after a few minutes they are almost completely wiped out. Their leader survives, but moments after the gunfire subsides a rogue mortar shell lands right next to him (most definitely from supporting Taliban units outside the village) and finishes him and his force off

Meanwhile the advance fire team of 1st Section has moved to the rooftop to pour fire onto the other Taliban in the area, and again the Sniper in the distance doesn't engage them

A raft of Taliban reinforcements fail to dent British progress, and again their supporting sniper fails to give them any aid [through the five-turn game this sniper failed to be activated or react a single time! Though his very presence did affect British action]

The two sections of British troops take control of the village in a well-orchestrated pincer move. The Taliban sniper steals away to tell tales of his bravery and deadly exploits

A nice wrap-up of gaming for last weekend. Although we didn't get in a few other games we'd had our eyes on, we did get to watch most of Generation Kill, eat a kick-ass Chili, down some beers and some fine whiskey!
Posted by Donogh at 21:42 5 comments:

An intelligence officer has been reported as being in danger and a nearby British section on patrol has been sent to escort back to safety. 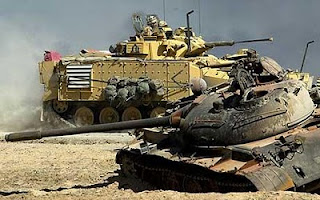 A second Warrior-borne section has been tasked to go in and extract the officer.

The escorting section notices local Taliban nearby, and they are in danger of being cut off

They move inside a nearby compound with a view to picking their way through the rough ground overlooking the village where they expect the extraction team to appear. A canny sergeant back on base sent out a GPMG team with them - something in his gut warned him [a Fog of War card at the beginning of play brought these guys in]

Moving by foot alongside the Warrior IFV is a lone special forces fire team. [again gained by an Asset card at the beginning of the game] They'll hold the left flank

The escorting section move as quickly as possible out of the compound and towards the racket of the armoured vehicle. They hug the wall on one side and the rocky hill on the other, maintaining their fields of fire. They catch a Taliban group high-tailing it out of cover and away from the Warrior inflicting some serious casualties.
Just behind them the GPMG which has taken up a position on a building to provide covering fire is completely taken out as soon as it opens fire

The extraction section debuss from the Warrior and take up position on a piece of grass-covered rock commanding the area. Unfortunately they're not in a position to intercept the Taliban's engagement with the escorting fire-team and as they round the corner the two squaddies at the rear are wounded. They continue their move into cover behind the extraction section dragging their wounded (one seriously) with them

Elsewhere the Taliban squaring off against the special forces team finally pluck up the courage to move out of the high grass and engage. Somehow they catch them unawares and down two of the operators!
One of the operators is seriously wounded, but due to their specialised training the other wounded man is back on his feet in moments. They return fire to some effect but withdraw back to nearby cover since the mission seems to be progressing as expected

The escorting section can't quite make it to the Warrior immediately, but the intelligence officer leads the way while the the fire team bounds forward giving medical attention to their mate

The Taliban group, with morale high after seeing off the mighty SAS advances to attempt to cut off the British retreat. Everywhere the Taliban is resurgent, coming out of the woodwork to engage the screening fire teams, inflicting some casualties on the extracting section

The second fire team of the escorting section has take up position on a rooftop, and the canny sergeant has been at work obviously as they now have a Javelin team ready to smack allcomers

This combined team forms the base of fire for the rest of the withdrawal, all wounded are recovered and the Warrior reverses off with the intelligence officer aboard.
The special forces team see their luck continue, just as they take up position at a well-defensible position an IED goes off, seriously wounded a second operator

Pretty close in the end, but a hair-raising scenario
Posted by Donogh at 13:14 3 comments: