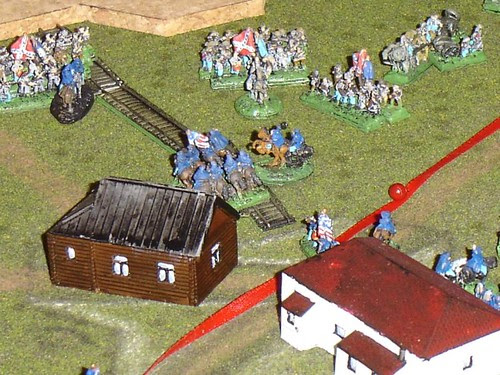 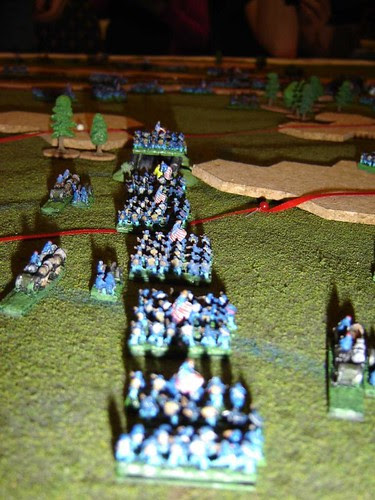 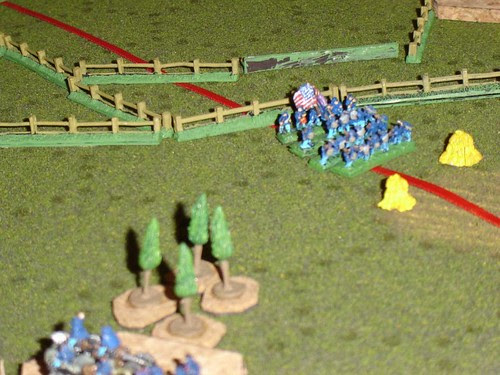 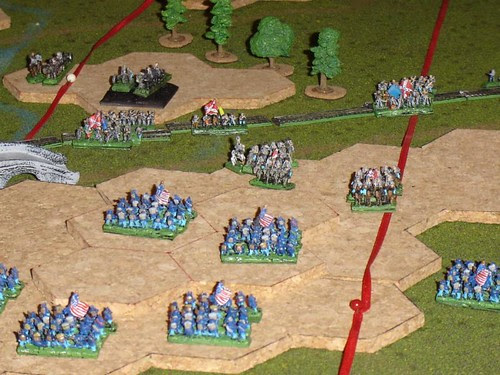 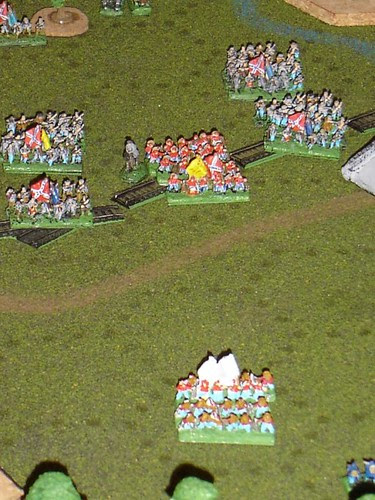 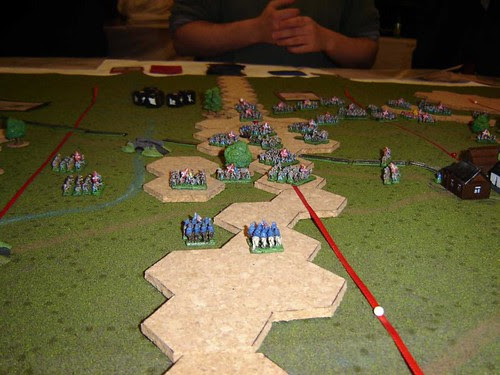 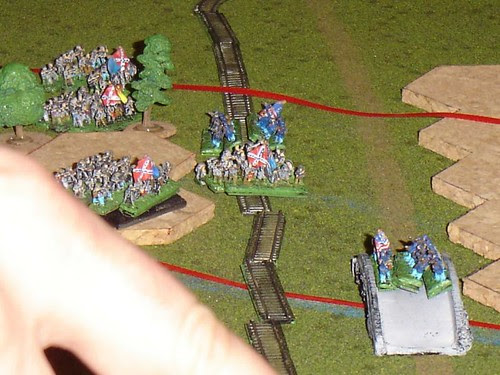 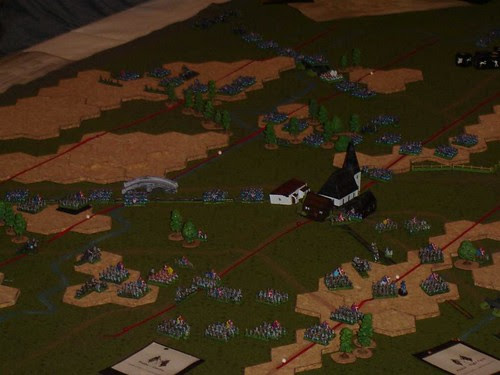 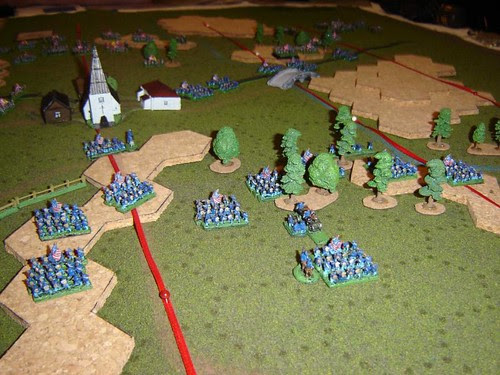 Heth's Division finds it difficult to cross Willoughby's Run, given Buford's Division's masterful defence in depth, retreating when pressurised and then advancing again to hit on advancing Confederate units.
Unwisely, Heth neglects to advance his Artillery brigade sufficiently to control the crossing, and frustrated with his attempts to cross at the bridge, personally leads a brigade to cross the Run away from the bridge.
That brigade is destroyed and Heth himself captured by Buford's boys. 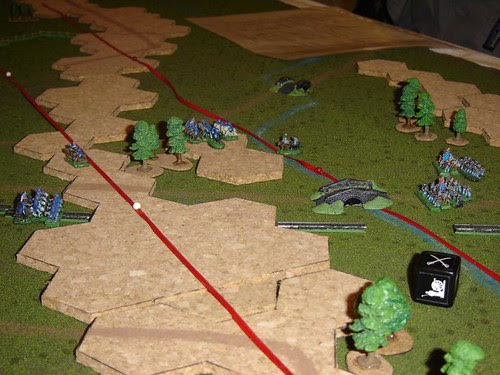 Reynold's leads his Corps towards Gettysburg along the Hanover Road, to take up positions along the railway cut and into Gettysburg itself. There's not a moment to lose, with Rodes' Division advancing down the Carlisle Road towards him. 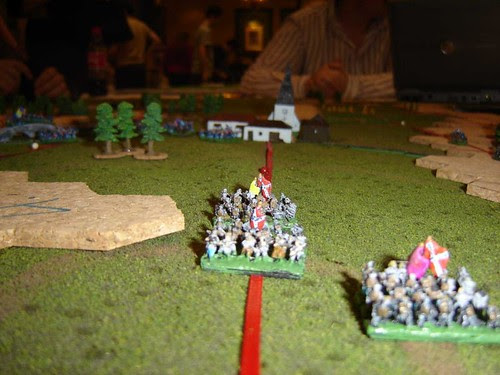 Fighting quickly turns bitter along the railway cut, with Reynold's clinging to that defensive feature with everything he's got. His position looks less secure as Pender's Division quickly advances down Chambersburg Pike to overlook Gettysburg from Seminary Ridge. 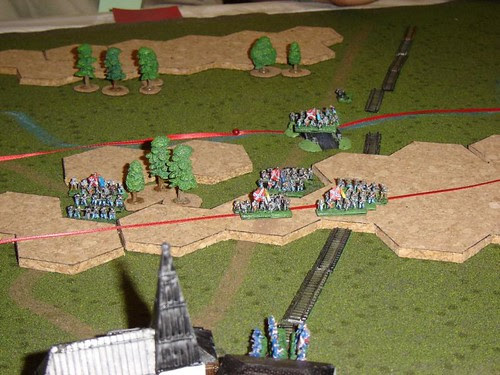 As the rest of Ewell's Corps, Early's and Johnson's Divisions hurry down the Carlisle and Harrisburg Roads. But help is at hand for Reynold's beleagured position. Howards entire Corps is marching with all due haste up the Taneytown Road towards Gettysburg. 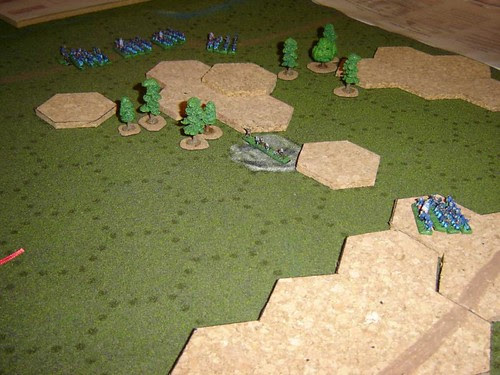 Fate has struck a cruel blow to Union hopes, as a company of Rebel sharpshooters, basing themselves near Little Round Top throw panic into Howards' column and they deploy out of their marching formation to deal with what must be a Confederate advance! While the sharpshooters are dealt with they have spoiled any opportunity for the Union to have a strong well-developed line for the morning...
Posted by Donogh at 10:18 No comments: