The French, having bloodied English noses at Rolica and delayed them considerably, fell back in good order to the south. Four narrow gullies lead up to the ridgeline they have occupied, and the English must turn its flanks or frontally assault.


The French artillery looks on as the English left marches forward. 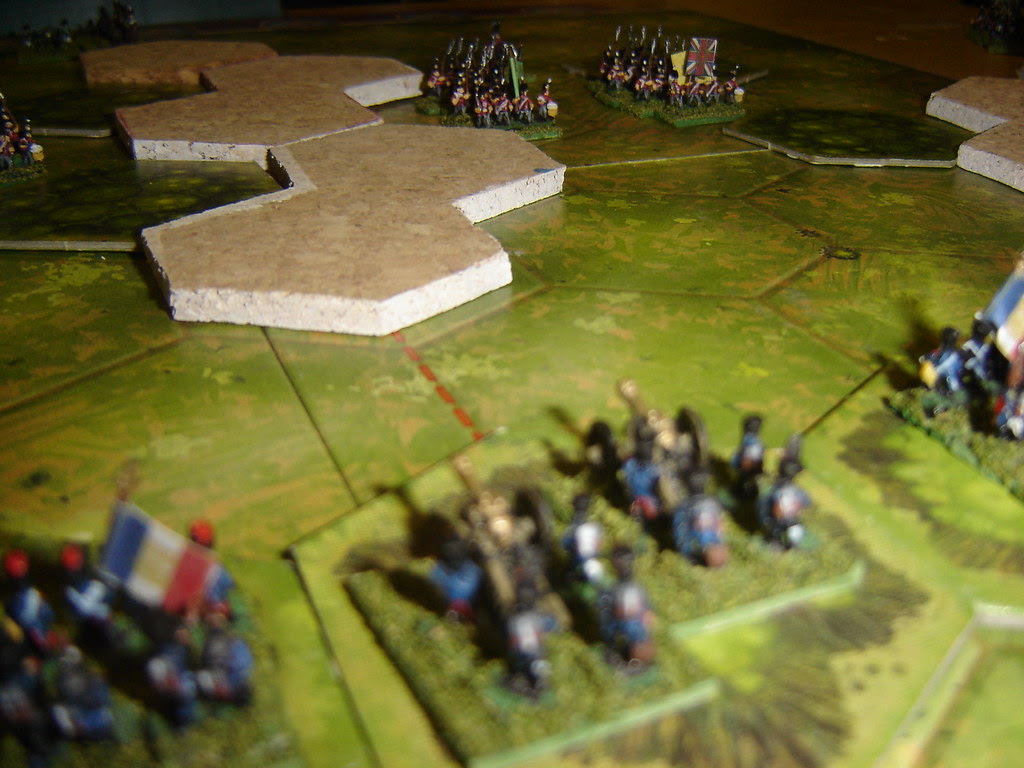 Allied advance up gullies is watched by french from ridge, including a strong hussar contingent. 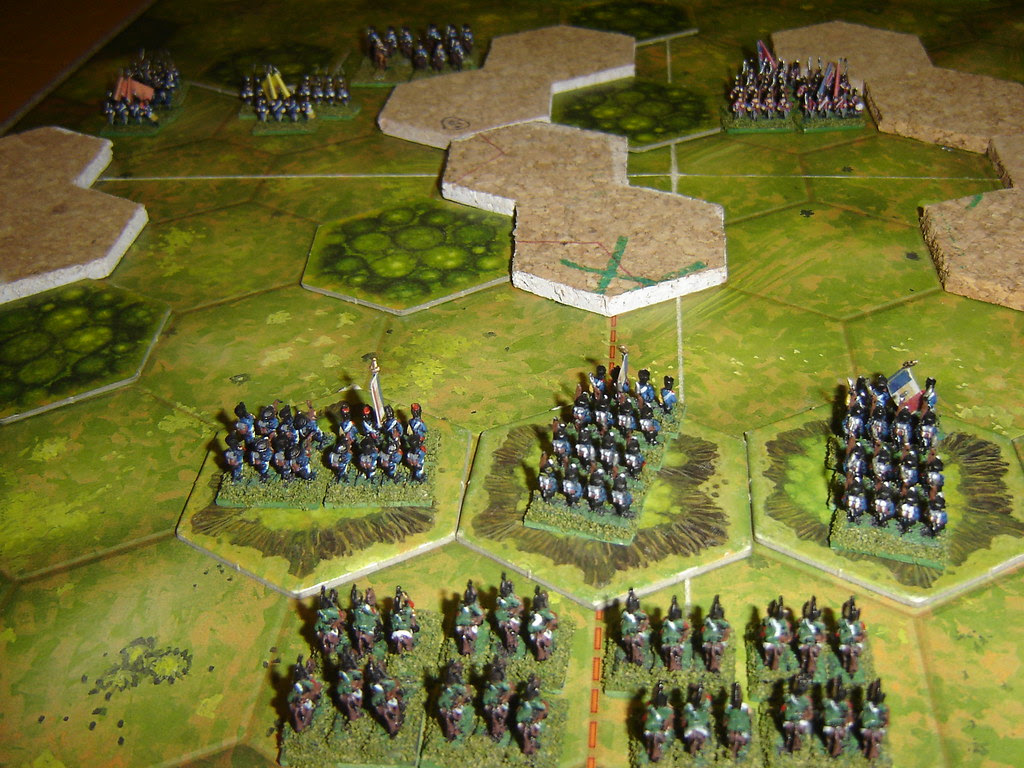 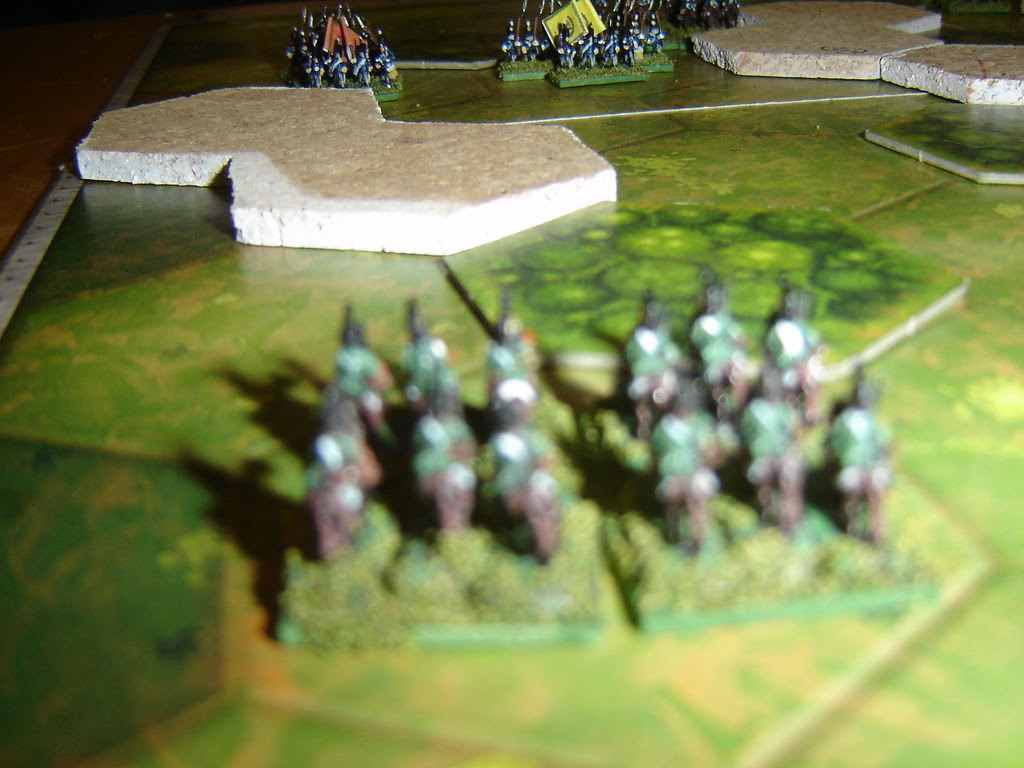 and with infantry support from a French light battalion they charge 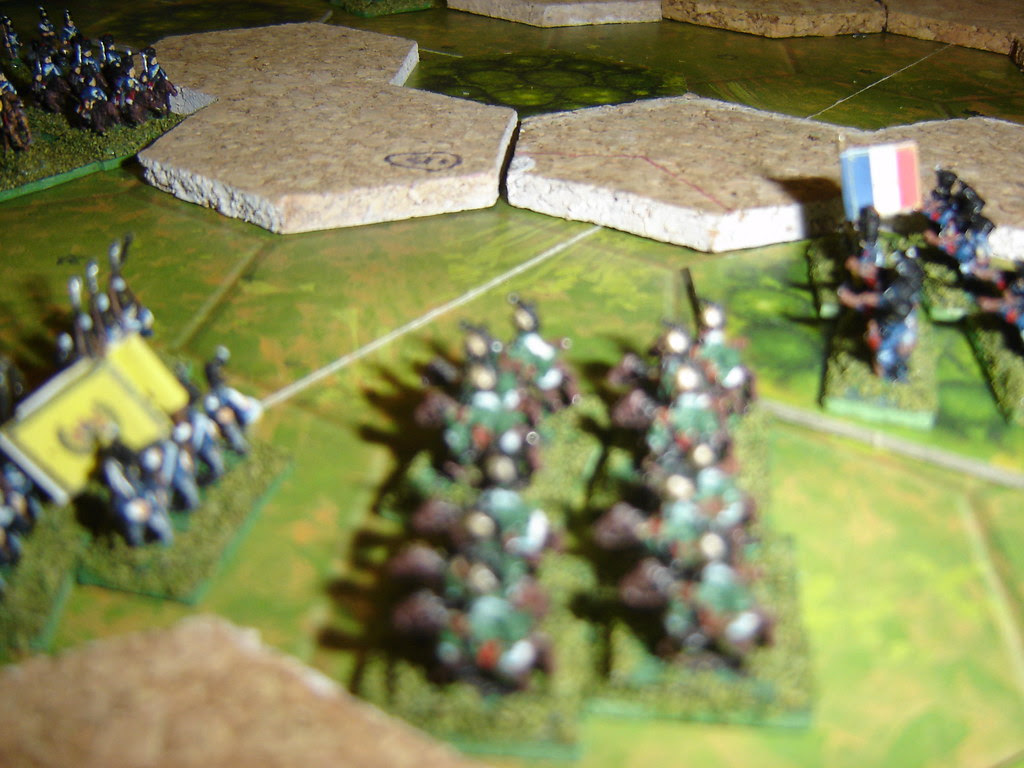 The Portuguese infantry have formed square and have support from a second battalion at their rear. The French hussars are counter-charged by Portuguese cavalry 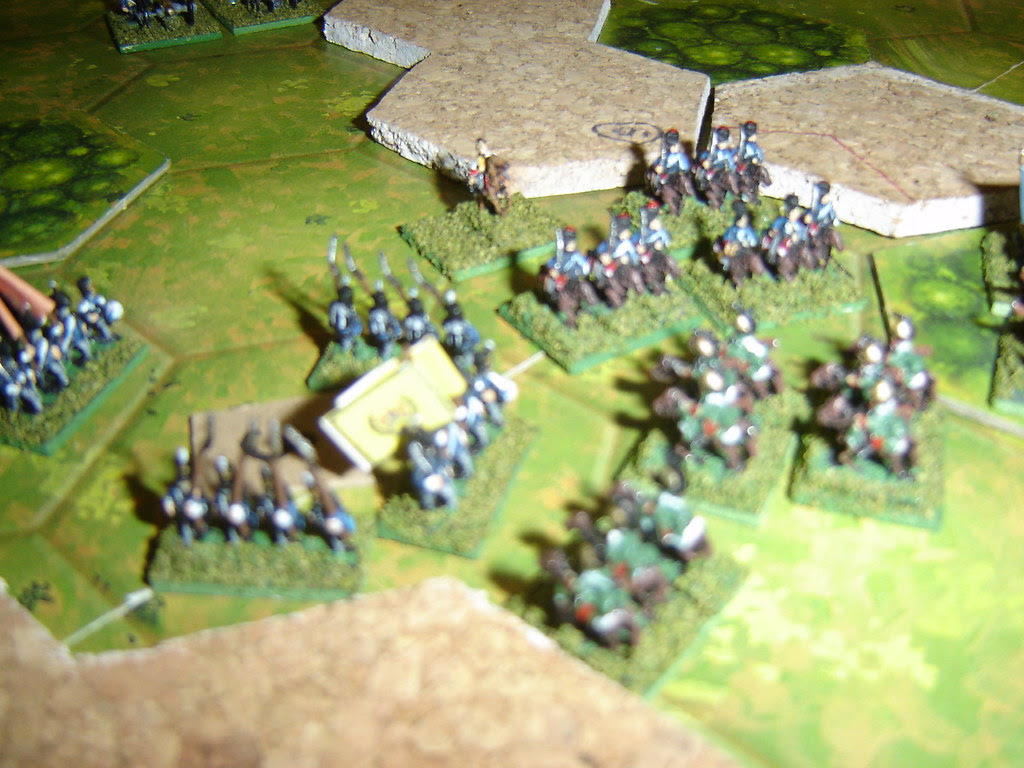 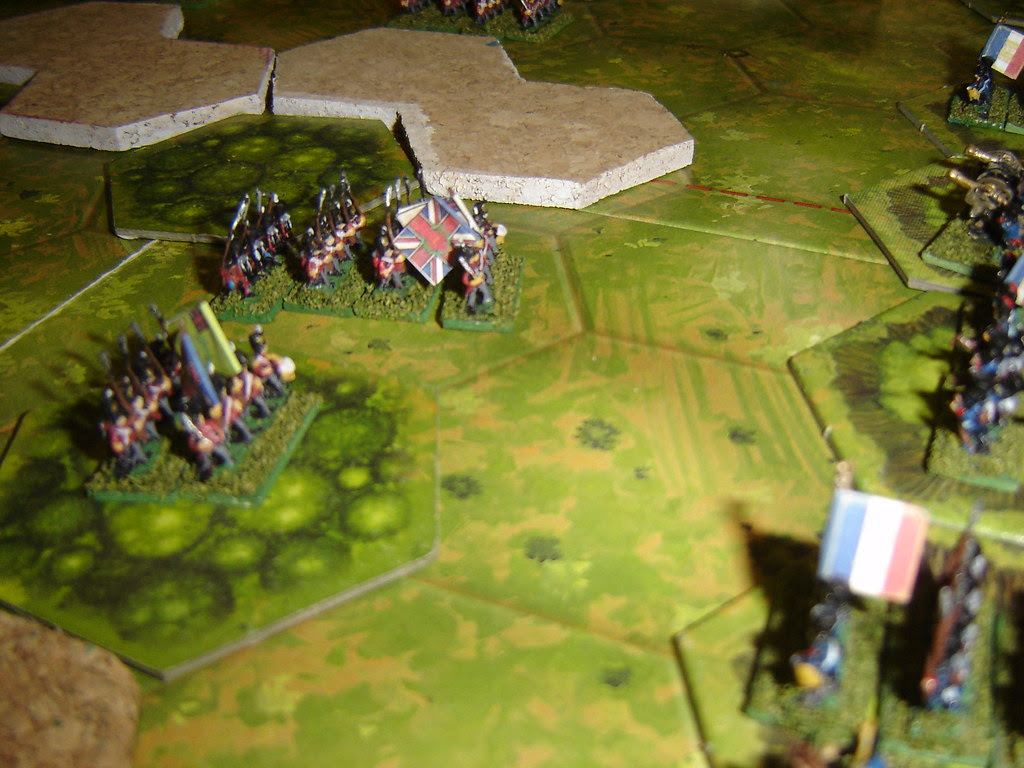 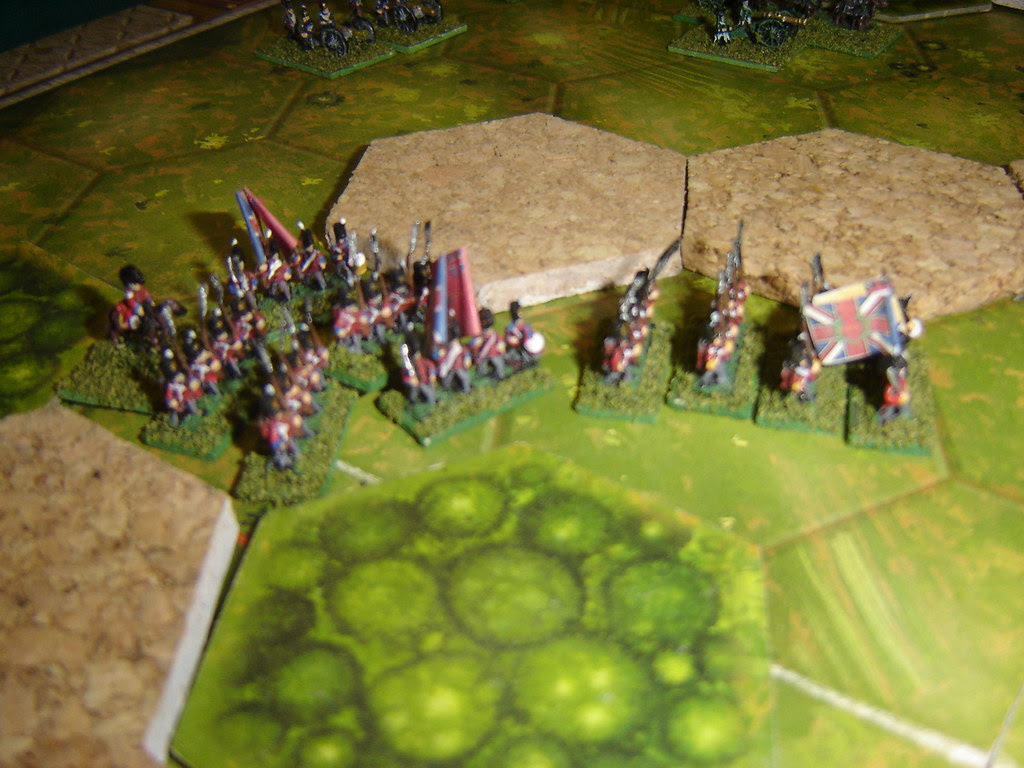 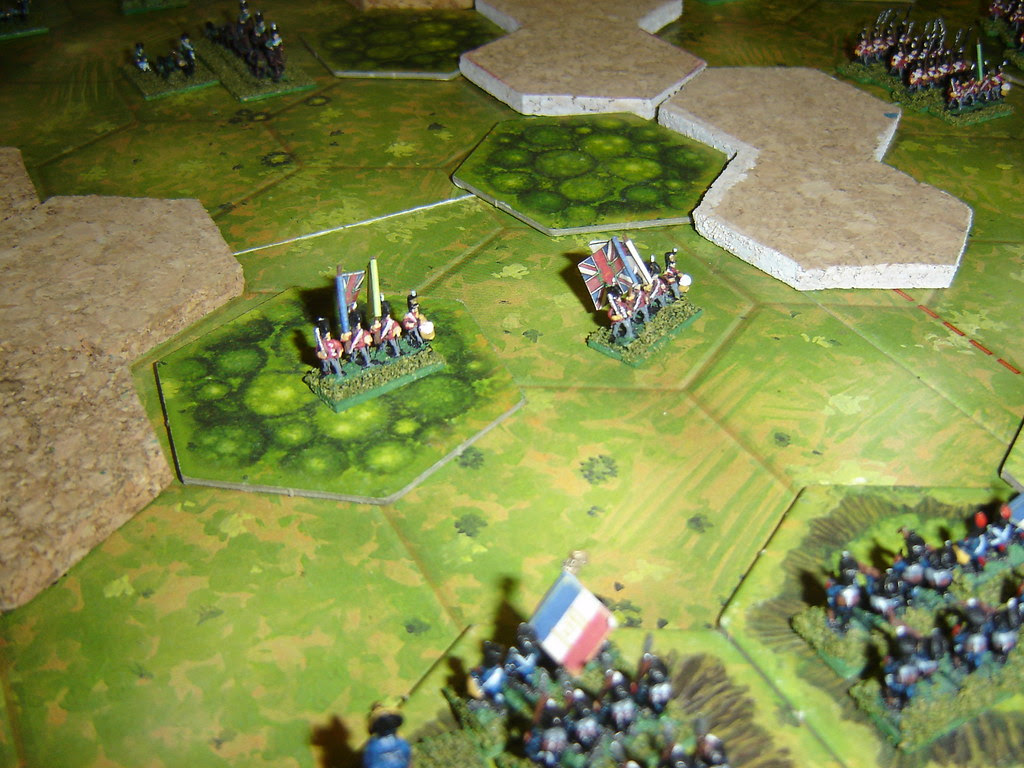 The Portuguese hang in there on the Allied right. There is an uneasy stalemate between the two cavalry squadrons, but there is artillery coming up to help out 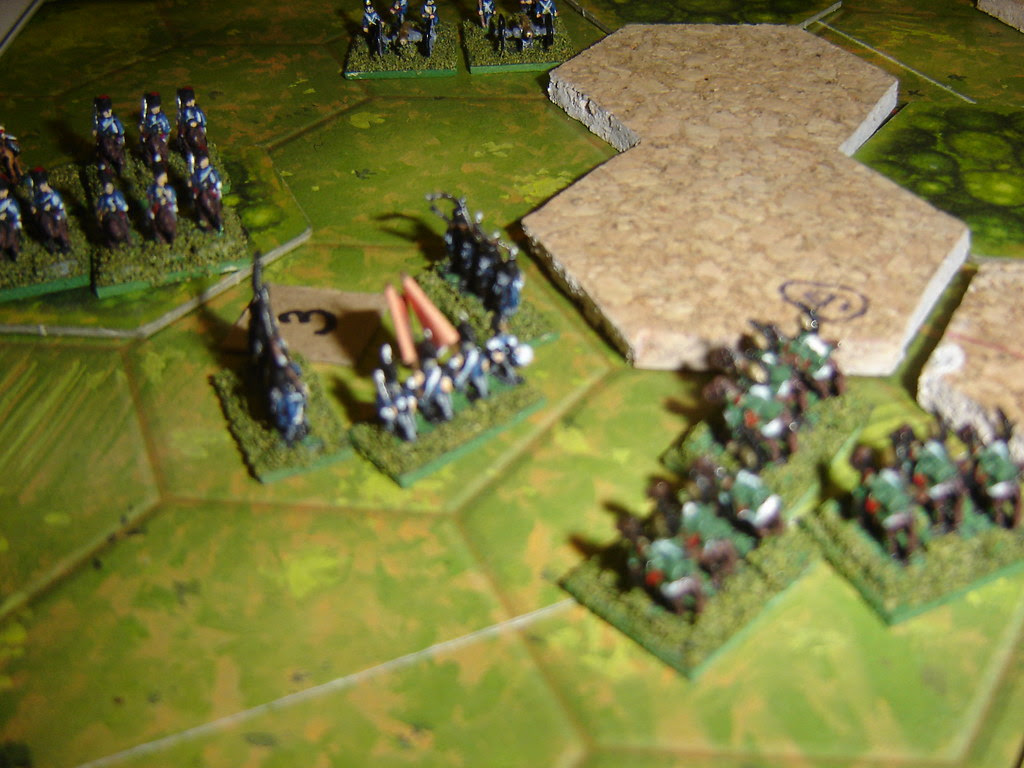 The Grenadiers show true grit, as they march into the jaws of death! 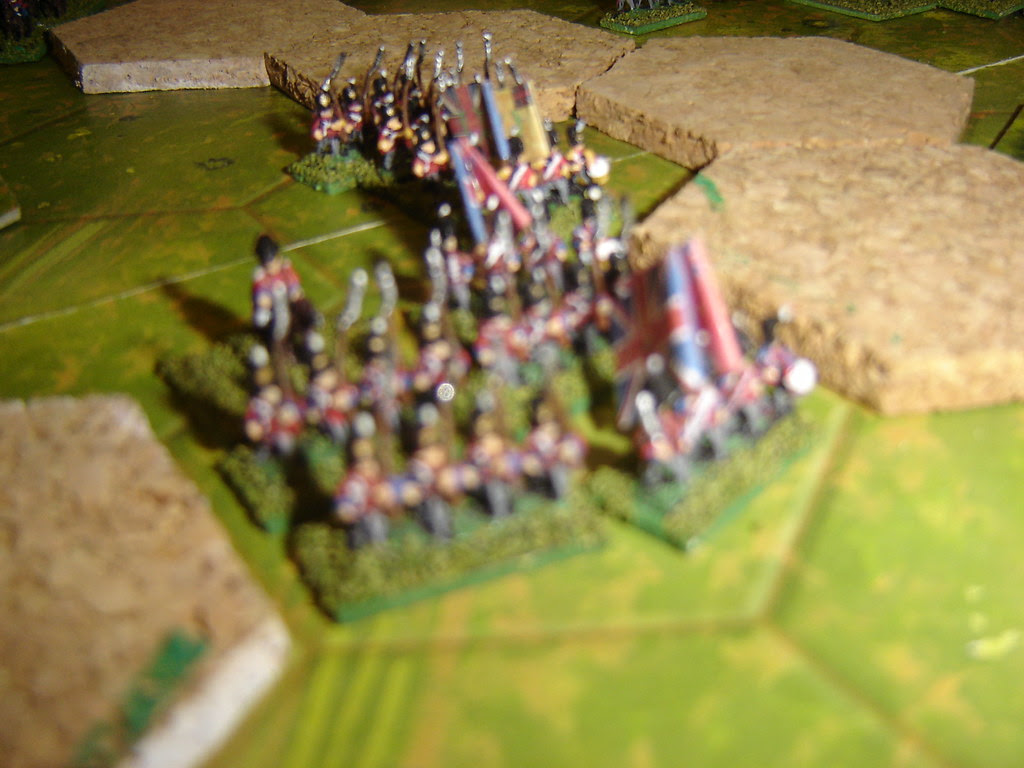 In the other central gully the English horse artillery forced back by the French, who have swept the supporting infantry from the field 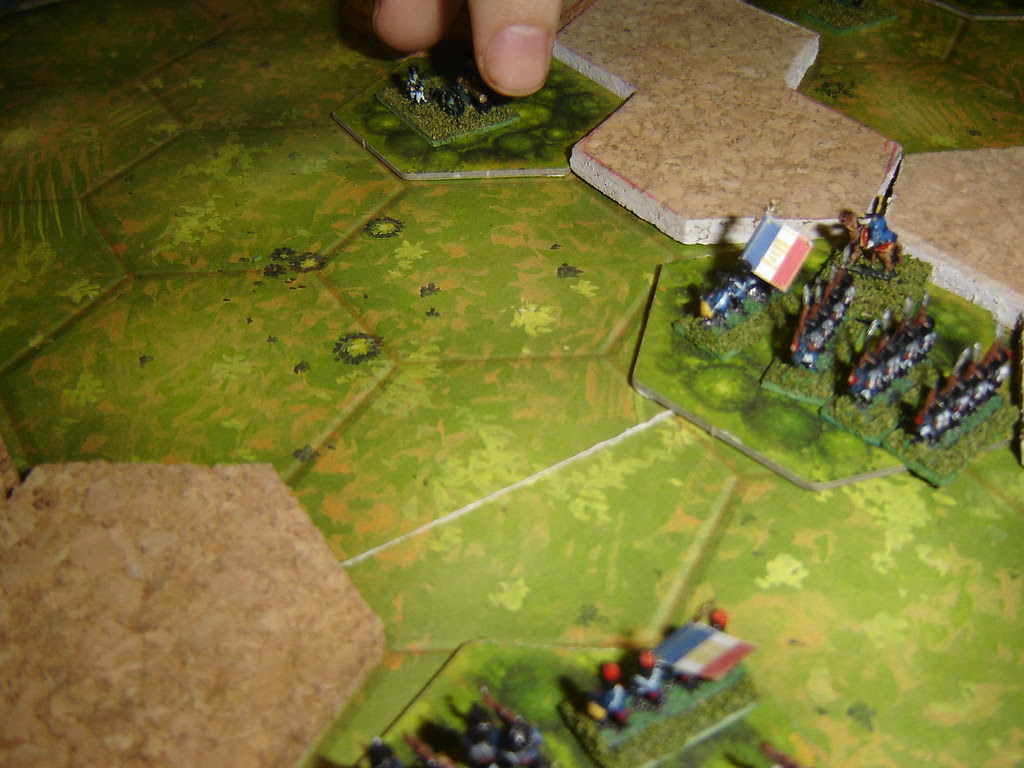 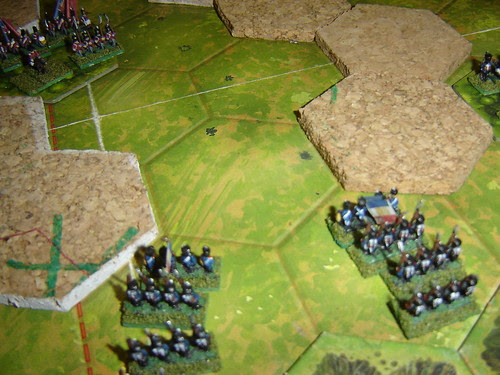 Another victory for the French, the English left's tardy advance has allowed them to blunt Wellesley's strategy.
Posted by Donogh at 20:55