Having conducted raids a light platoon of Spetznaz are closely pursued by a large group of Mujahideen, the Spetznaz are trying to buy time for their extraction from the Panjshir highlands. 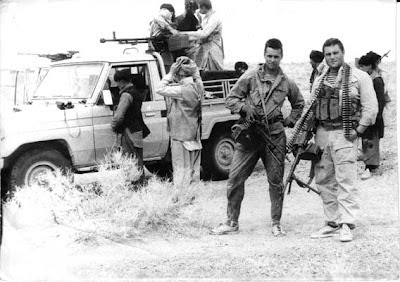 Their first stand went well, from concealed and prepared positions they have inflicted over 30 casualties on the enemy and now they are withdrawing to their second defensive line – though three of their number have been killed and one seriously wounded. 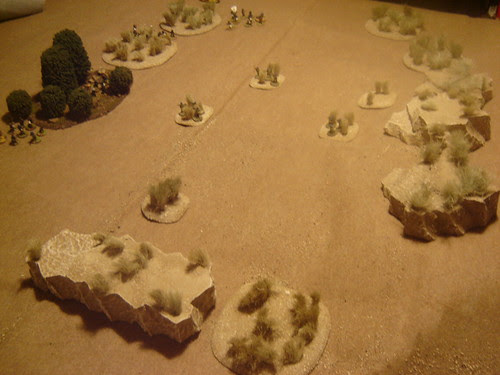 Two scouts on the left flank (equipped with night vision goggles and suppressed weapons) pin back the Mujahideen attack, calmly slipping out of contact after picking off the Afghan leaders 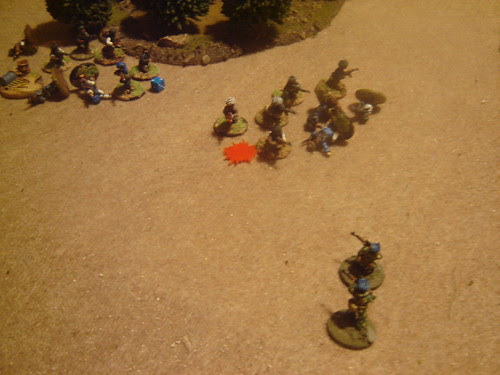 Feeling under threat, the scout team jump into one of the foxholes, continuing to suppress and drive back the Mujahideen attack 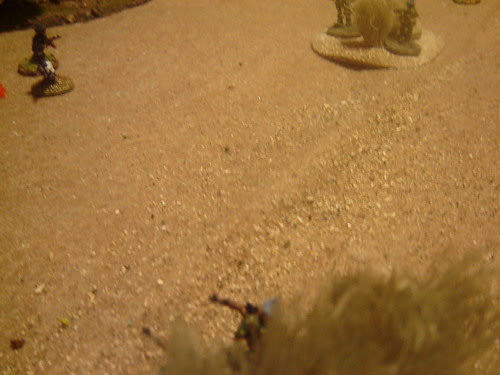 The first assault goes in on the central Spetznaz defensive position, but is driven back - the platoon medic races forward to see to some casualties, but it's just a scratch 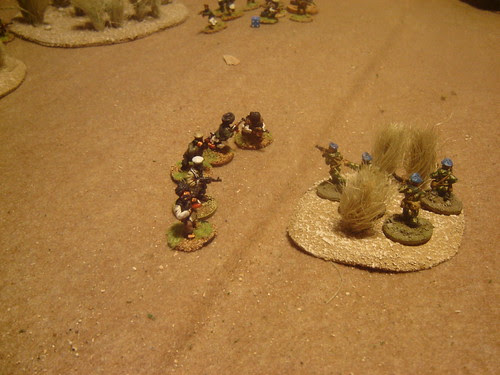 The Mujahideen send in a further attack, this one is met with devastating effect by some carefully placed directional mines 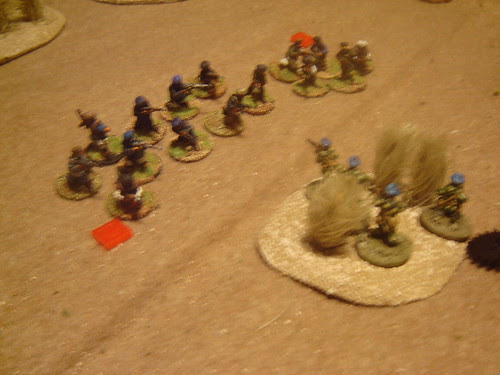 Near the scouts' position, the second wave of Mujahideen arrives 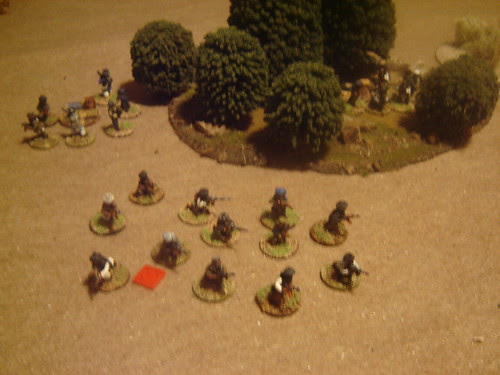 The pair continue to hold them off - faced with these Soviet demons, the Mujahideen morale suffers and their advance falters 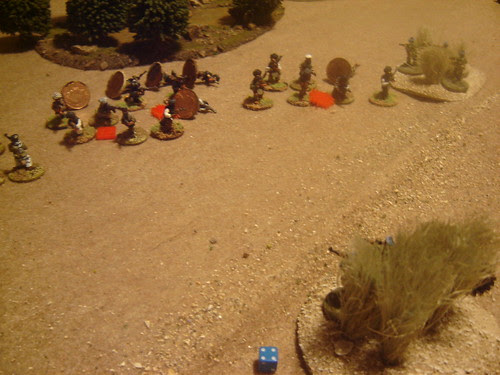 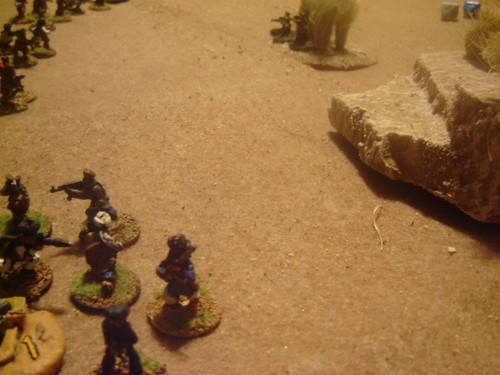 There's too many of them! Keeping the rest of the Spetznaz busy, the Mujahideen concentrate on these two scouts and try to envelope them and render their technological advantages useless 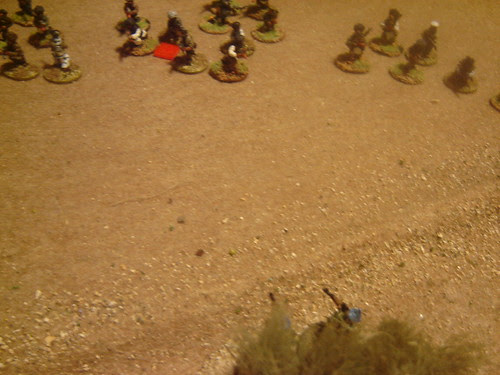 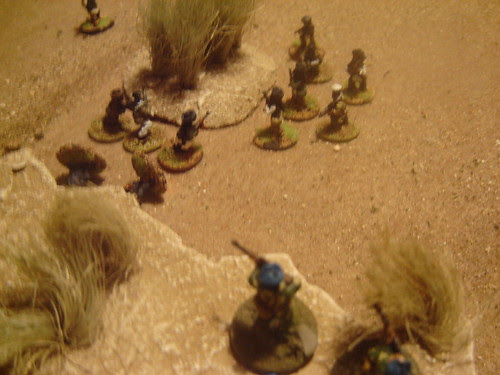 With the scent of blood in the air, taking that ridge will dominate the Spetznaz escape route. The Mujahideen rush up the ridge 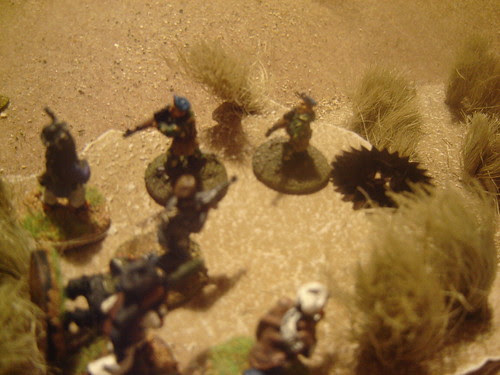 Despite taking losses on the way in, the Mujahideen gun down the two scouts, and now the Spetznaz below realise that they've tried to hold on too long 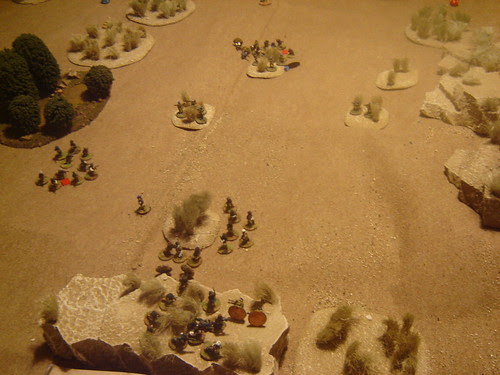 The race to the extraction zone leaves them in the open and without their defensive positions. Now without fear the Mujahideen close the distance and begin to take them down 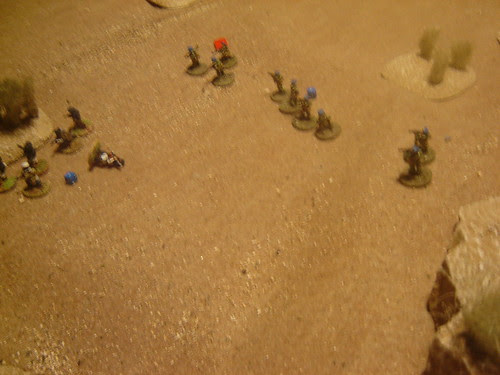 One group of Spetznaz nearly makes it, but the pursuit from the Mujahideen cuts them all down and the rest of the platoon are overwhelmed 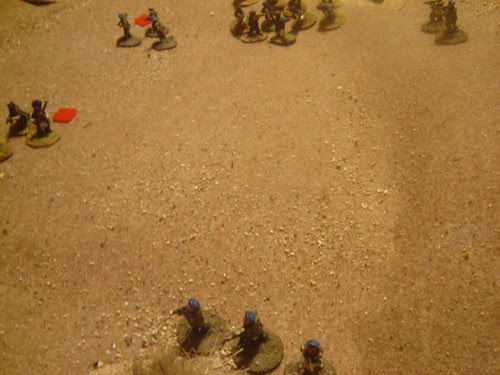 With the remnants of the whiskey washed down, a brief but very constructive post-mortem ensued. Some changes were pencilled in, and then we retired downstairs to watch The Losers!
Posted by Donogh at 21:31