A Good Day to Die - Setup

Set up the scenario so I'm ready to rock 'n' roll on Saturday. I've switched to more desert-like terrain, with a different mat and more scrub and rough ground. I'm also using some SnapDragon Studios crates and mining spoil to give some flavour (and cover!) 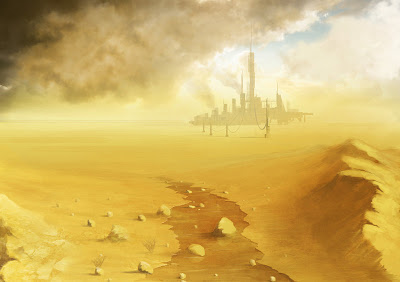 Art by Digital-Fluids
The view from the Sakhan lines 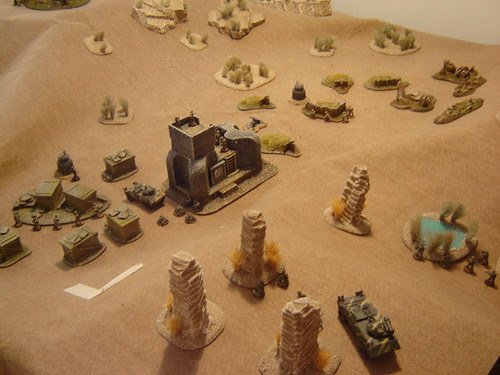 Left flank of the attack 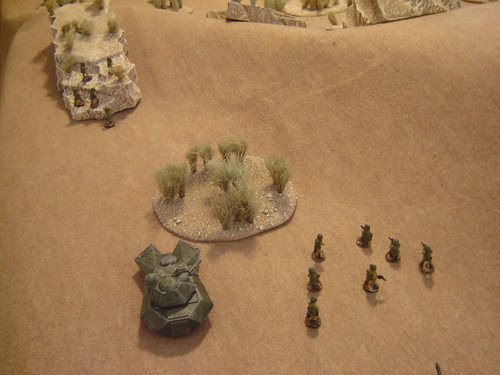 The right flank, with the heavy MG team in the ridgetop wood 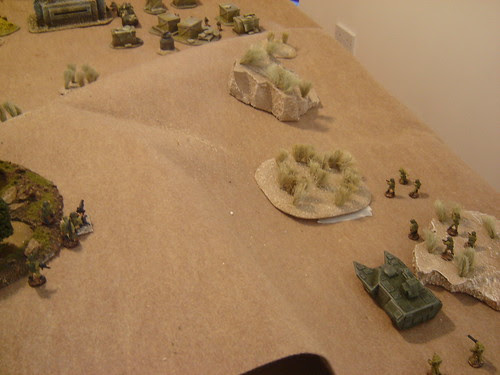 Sakhan armoured car on the ridgeline with the light troops 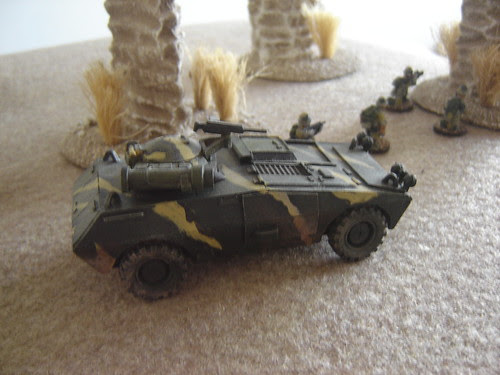 Other armoured car beside HQ - getting a once-over from a techie. These two vehicles are from DLD Productions - sadly unavailable directly, but I got lucky over on TMP lately 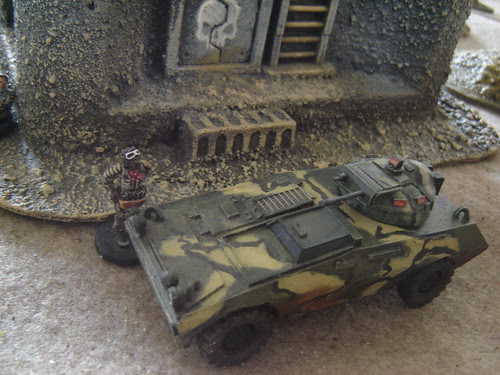 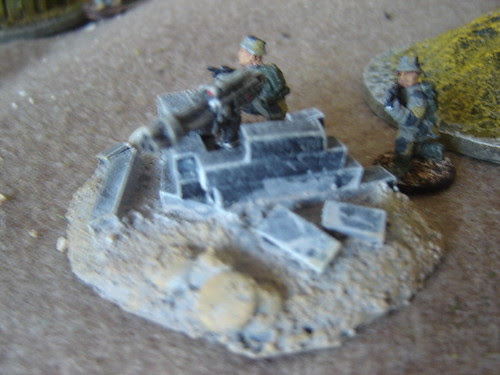 One of the sentry bots. I've no idea where these come from, I chanced across two of them on ebay one day. The gun turrets turn too! 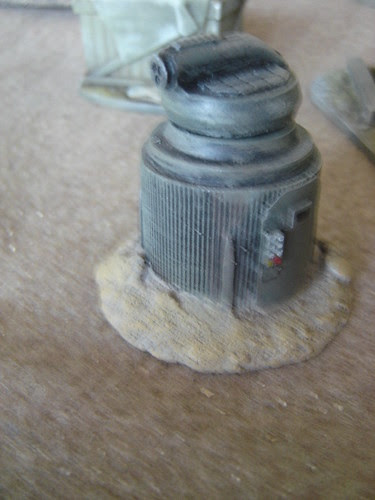 Hopefully I'll get around to posting photos and a report on Sunday or Monday.
Posted by Donogh at 20:54