With the entirety of the British army now advancing towards the French things do not look good for the brave defenders of La Cambe... 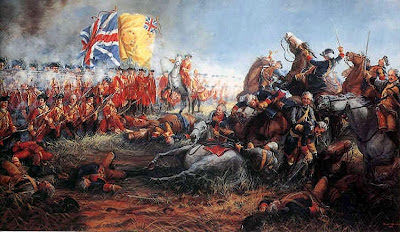 In the centre the British artillery has done damage to the French at the fence, but now the infantry brigade marches into the French guns 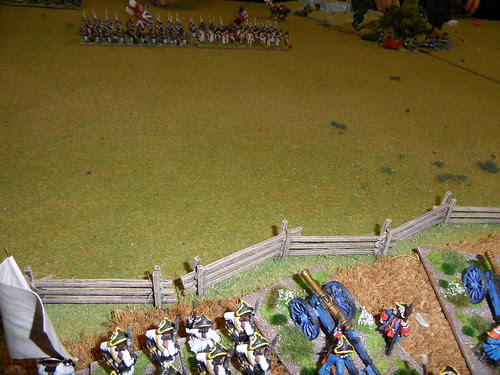 The large British cavalry brigade's advance peters out just in line with the French Grenadiers, who lick their lips in anticipation - a quick wheel and the British are enfiladed 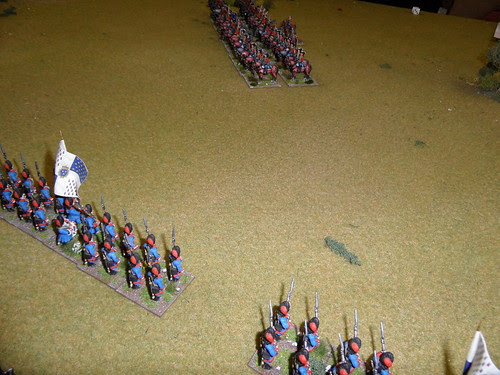 In front of the church, oblivious to the surging battle around them, two sets of light infantry duel at long range 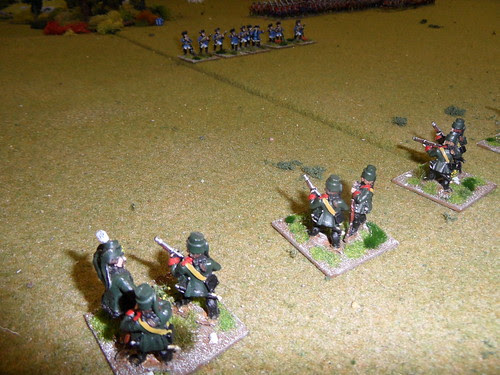 The finest of British cavalry is enough to provoke some element of nervousness into even the bravest French commander. If they emulate the exploits of their brethren on the other flank the battle will soon be in the annals of famous British victories! 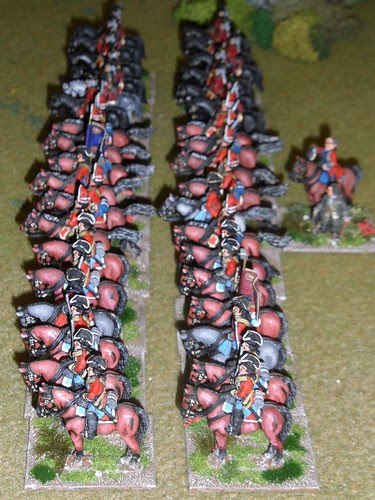 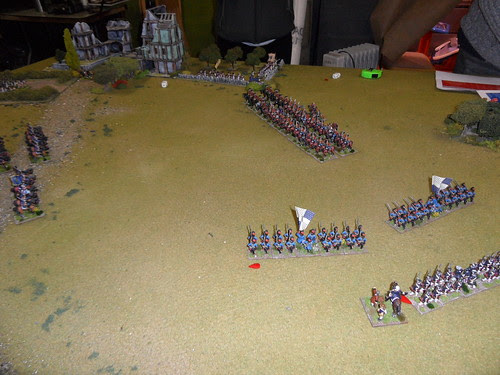 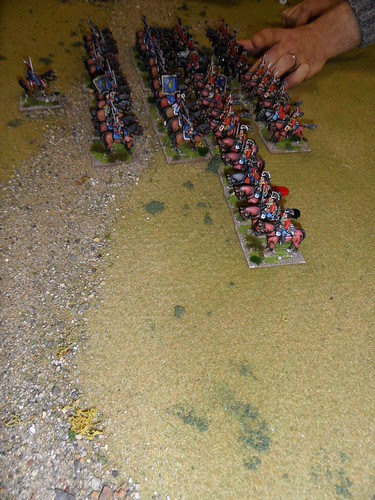 Meanwhile at the stone wall, the Guards Brigade charges the French defenders - the highlanders are in the lead and it's not long before the lonely French battalion falls back 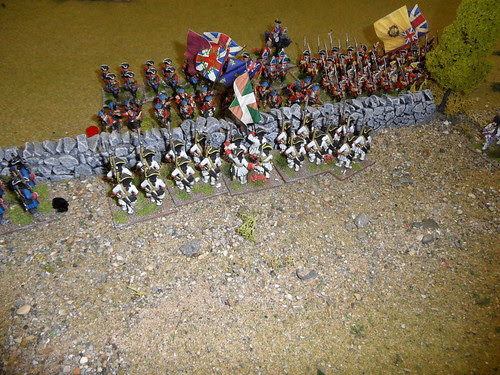 The skirmishers on the flank, whose actions as yet have been far from effective try to make their mark on the flank of the British brigade 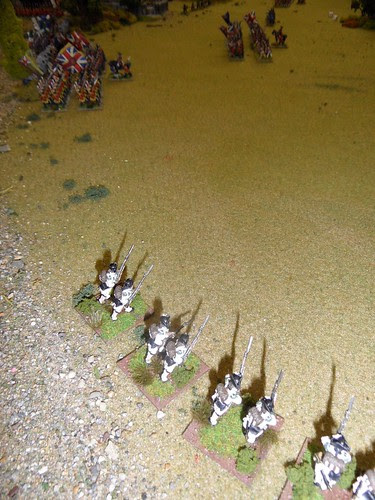 Both French commanders on that flank are exceedingly worried! 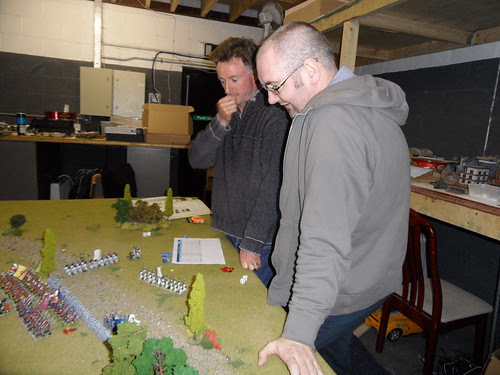 The French cavalry, with the loss of a single squadron have severely damaged their opponents, who recoil and try to reform their bloodied line 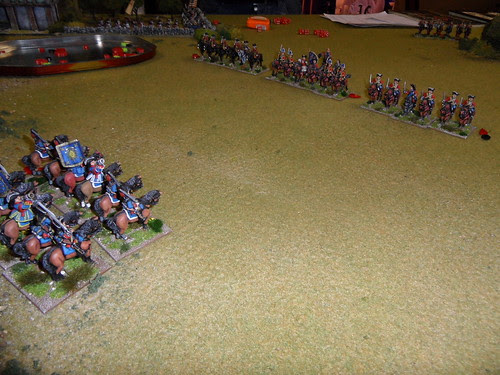 In the centre the two armies come into musket range, despite exhortations from others to charge in with the bayonet! One French regular battalion withdraws and the militiamen fill the gaps in the line 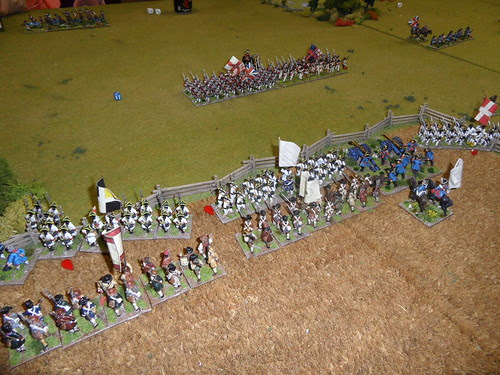 The British cavalry is smashed and driven from the field. The French cuirassiers proudly hold the field - they can now catch up with the Grenadiers to take the British battery in the centre 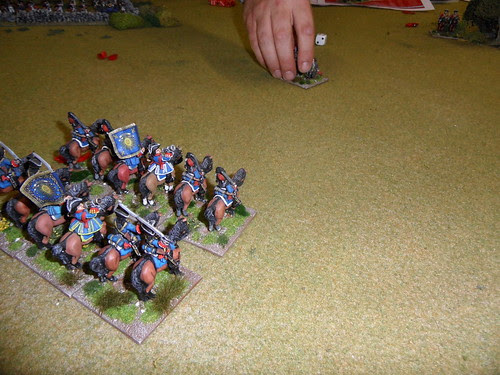 There is hard fighting across the fences at the field, but French valour wins out and the British retreat 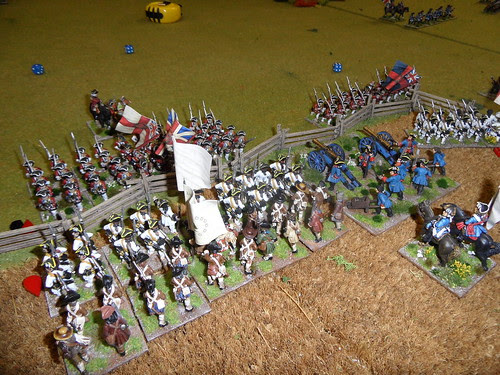 The British Guards win the firefight at the wall, driving back more French defenders 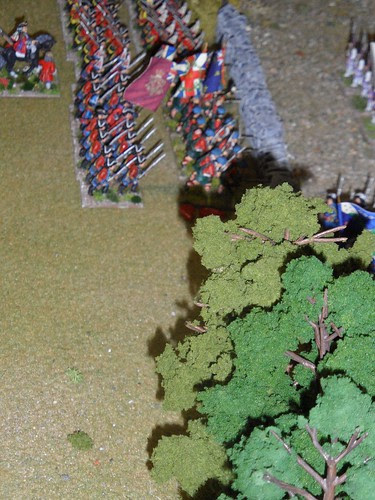 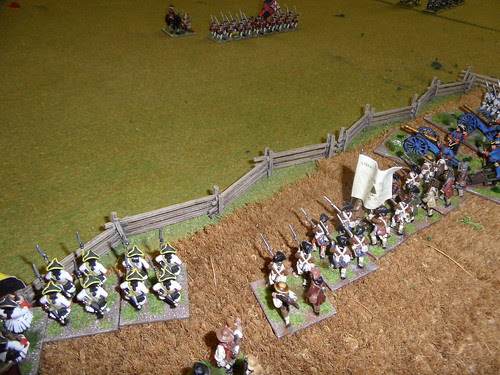 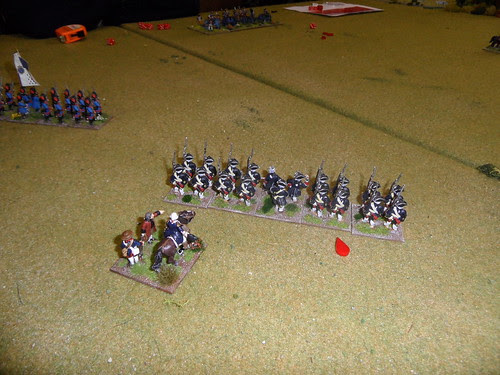 The French centre is strong, but forces must be pulled off the line to reinforce the right. On the left, the weakened squadron which had been pulled back from the fight is enfiladed by a wandering British unit (by a favourable command blunder by the British!) and with the loss of that unit, the brigade is broken 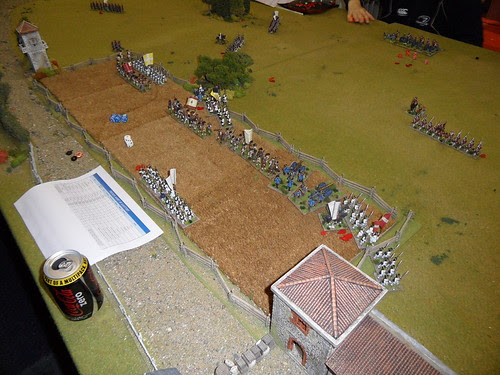 On the right, the French are in disarray. Having rejoined the fight Dillon's Irish once more march away (another blunder by the French) causing that brigade to retreat - with the second British brigade at the wall, no one could have held the field 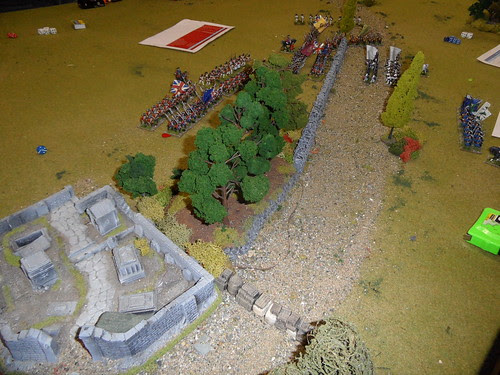 Victory for the British!

A great night down in Kildare (despite the final result) and many thanks to the whole gang there
Posted by Donogh at 21:59