Here are the two rival expeditions heading up the Alpouro to discover the fate of Dr. Gaspard de Châteaubriant.
You may recognise the title from an earlier teaser here 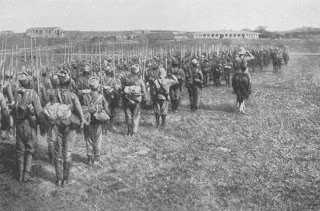 The British expedition led by the dashing Commander Abraham Simpson D.S.O., a grizzled group of British veterans marches upriver, armed with Lee Enfields and aided by their trusty native porters... 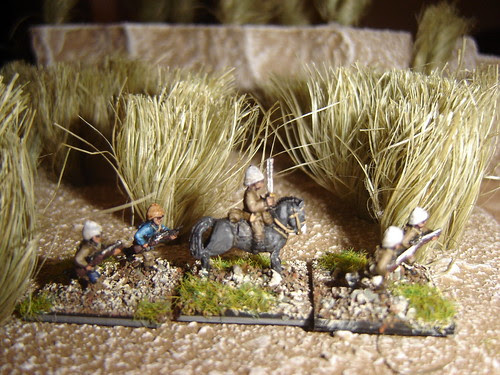 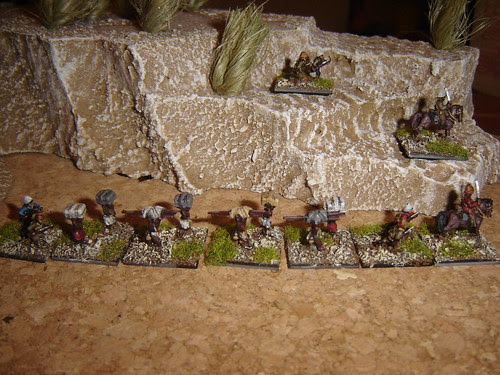 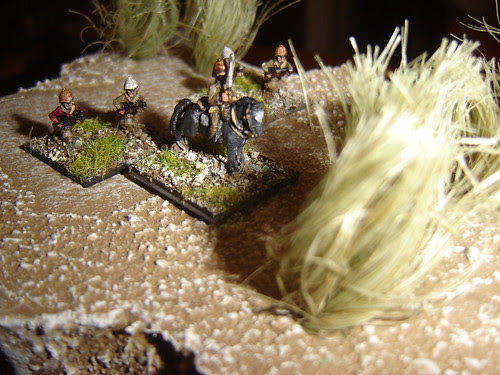 The American expedition under Playboy millionaire H. Jack Vanderbolt embarking with a disparate bunch of adventurers, along with some overwhelming firepower... 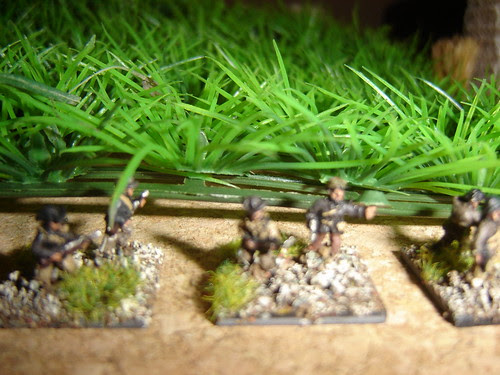 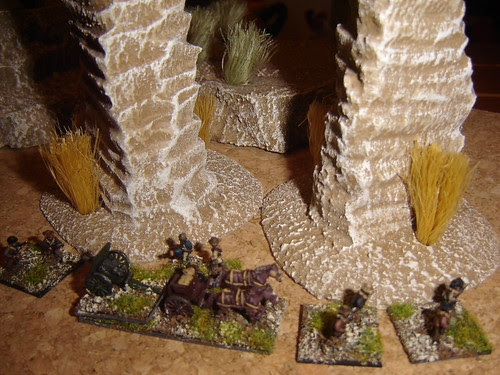 2nd Squad and Gun under Vanderbolt 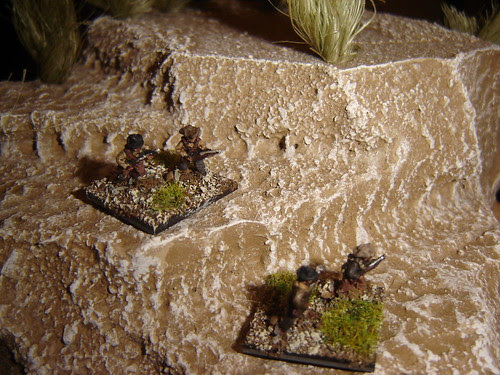 The vehicles being used by the Vanderbolt Expedition are being shipped up the river at a later date due to mechanical problems.

These are 10mm figures from Pendraken's Boer War range (done up beautifully by Neil Wilson's painting service, and commissioned by my wife for my birthday!).

This is a new type of post inspired a little by my preparations for posting a report of the Battle of Nagashino. I was setting out the armies (this was the battle I originally bought and painted up my 6mm Samurai for) and thought it would be an idea to take photos of the various contingents and the armies together.
More on that over the weekend...
Posted by Donogh at 22:56