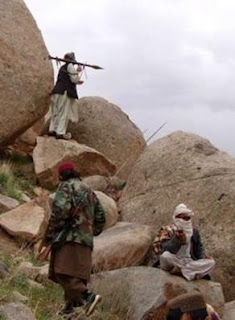 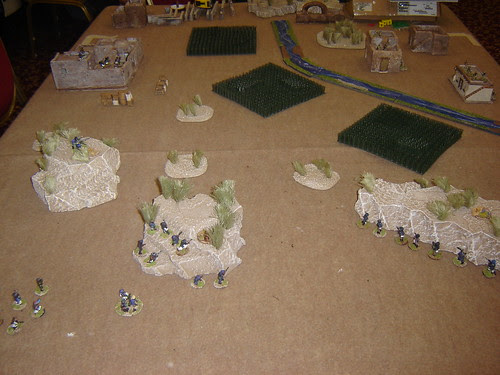 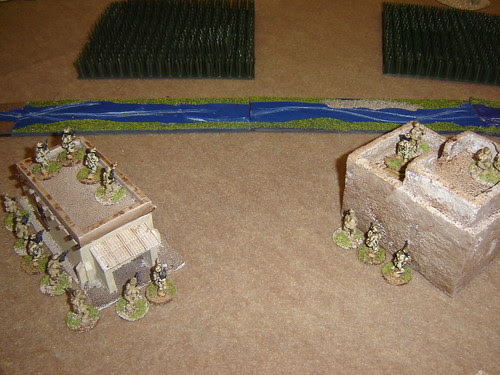 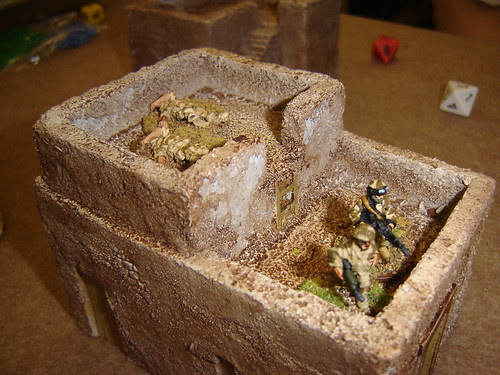 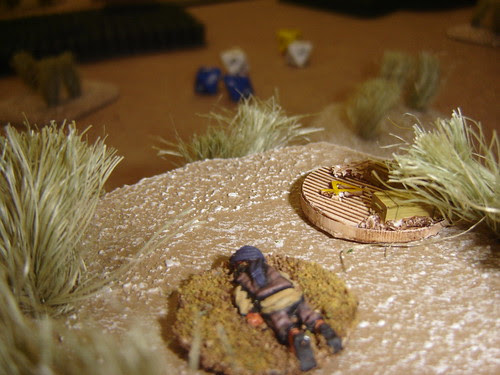 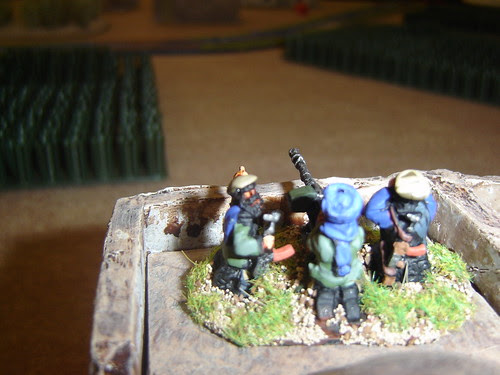 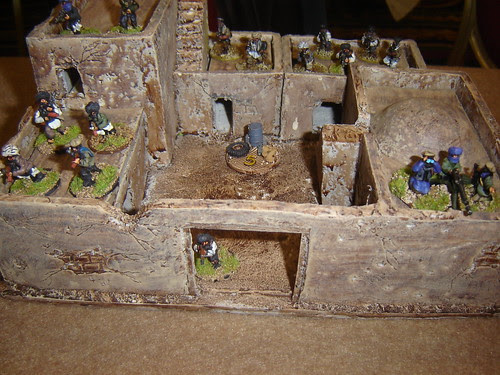 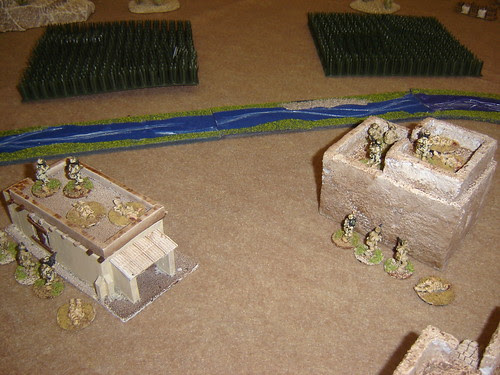 The opening turn was a terrible deal for the British, with Fog of War causing an early mortar round and the GPMG team and Sniper team loosing out to reaction and return fire from a single Taliban group. If the casualty rolls had gone slightly better or the Taliban reinforcements (both scheduled and Fog of War-triggered) hadn't been so strong the mission might have been pursued, but realistically this mission was over at the start of turn 2!
Posted by Donogh at 21:01