As the Tet Offensive broke out, ad hoc arrangements were made to ferry troops to the worst hit areas. In one case trucks dropped their cargo loads on the side of the highway to pick up a company on the road. 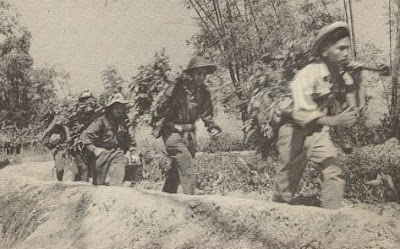 When calmer heads prevailed, a Quartermaster Sergeant Major insisted the these crates, carrying 100 cases of LAWS be secured for immediate use in the defence of Saigon. Two Squads of infantry with their M113s head down to the fork in the highway to collect. 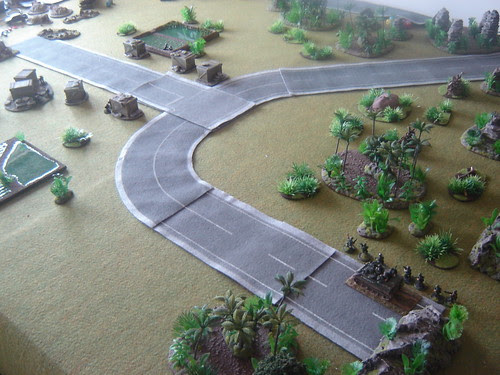 A cadre of Viet Cong which were heading to the junction to ambush passing American units discovered the crates and once they could hear the heavy tracks down the road, decided to hold out as long as they could and try to set the crates on fire or destroy them somehow 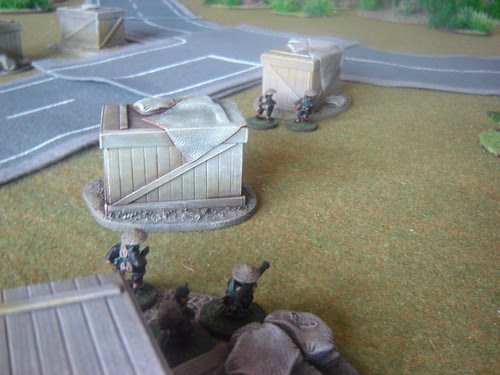 The second squad approaches along the northern fork. The detachment has been spooked already by the presence of mines and the infantry has disembarked and are alongside the trundling M113 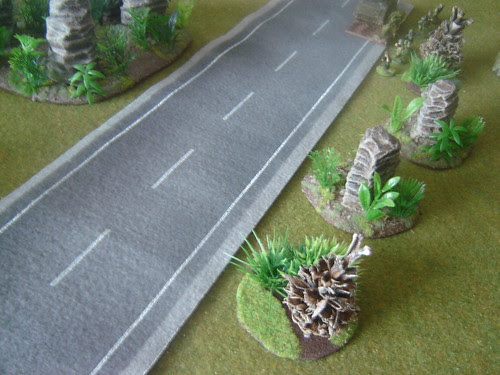 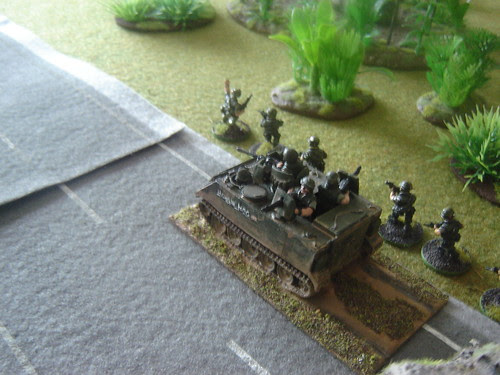 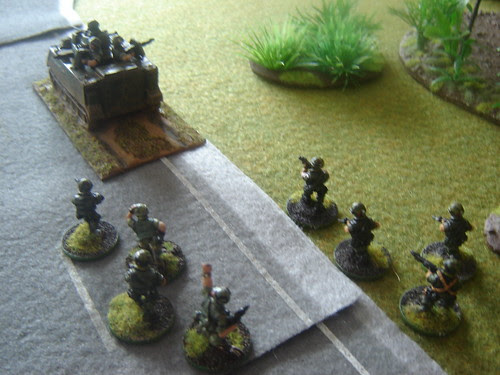 The ACAV guns ahead of the infantry, moving towards the first crate - it doesn't spot any activity though and Corporal Frost starts to get a bad feeling about this one 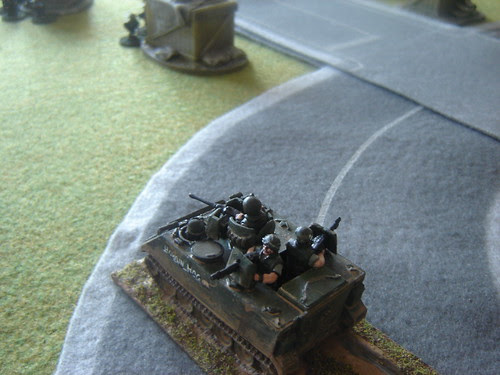 As one of the crates starts to smoulder the VC Bazooka team holds it fire, hoping for a better shot. In front of them, a VC sniper team are hidden behind the crate and are drawing a bead on the squad coming up the other fork 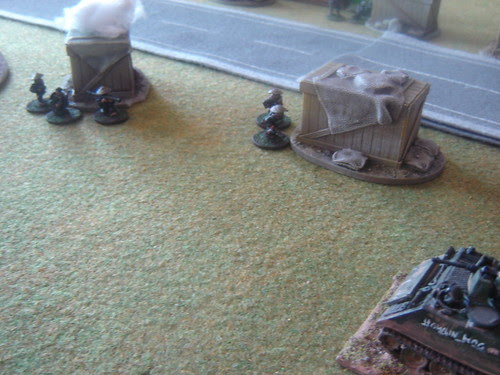 The second squad is moving in, but they spot a different group of VC on this side of the road, behind a paddy field wall 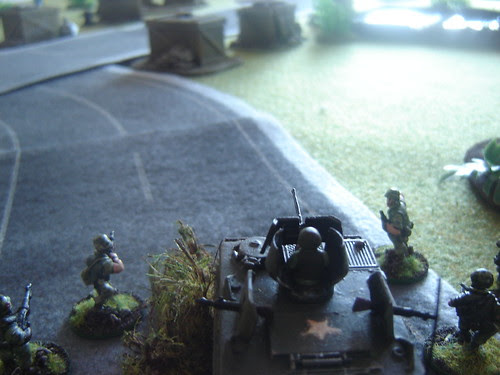 As that group of VC set fire to the crate, the Americans run for cover along the side of the road and open fire on the VC 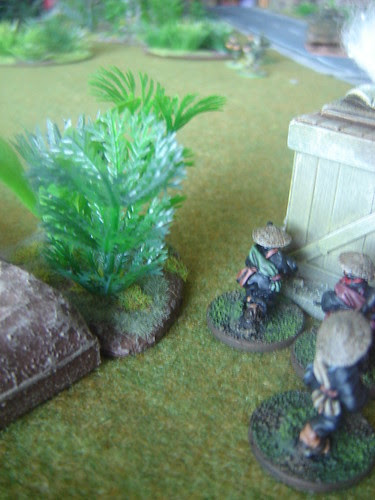 The VC are forced to fall back - but the Cadre leader puts another flare into the crate for good measure! 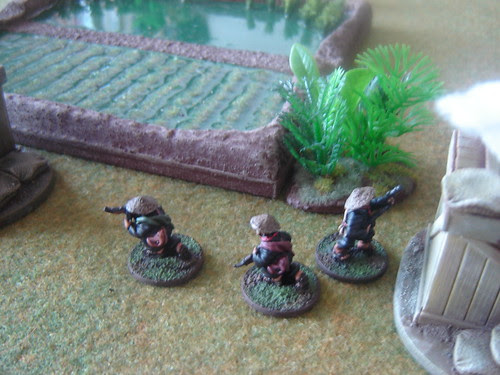 The VC Bazooka team picks its moment and puts a round right through the M113's thin skin. Most of the crew bail out and hunker down behind the burning hulk 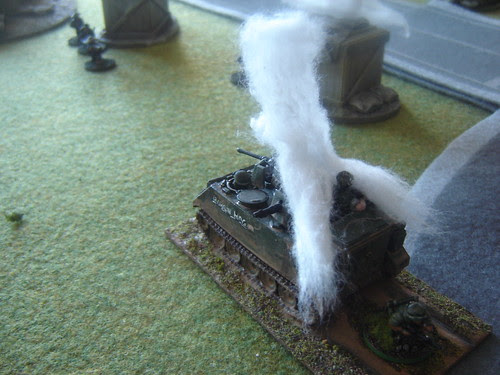 The second squad takes control of the crossroads - worried about their pals across the way, but determined to follow the mission through 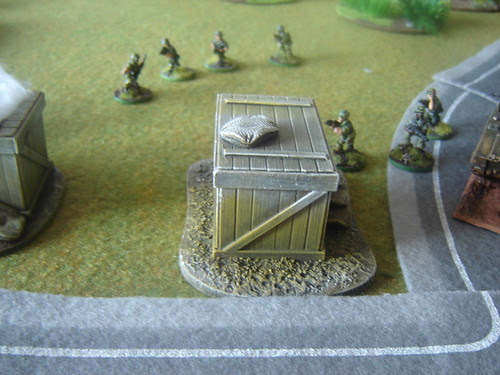 Now, rushing to come to the aid of their M113 the GIs hump up the road trying to suppress the VC 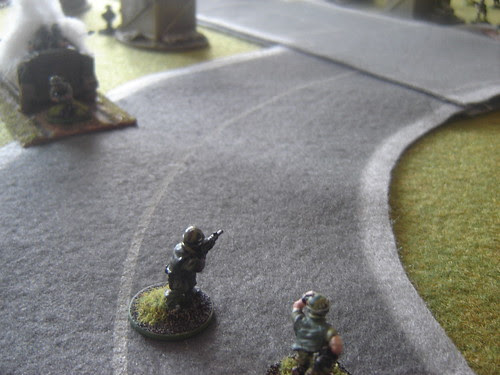 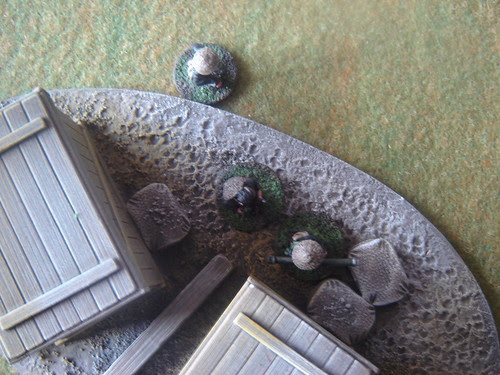 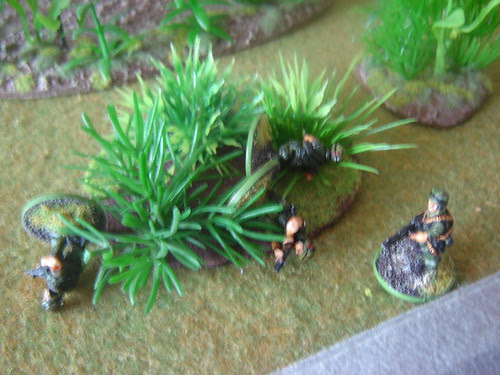 The second M113 opens fire on the VC sniper team, but only drives them back 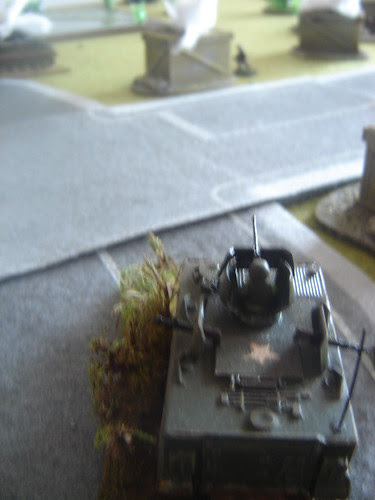 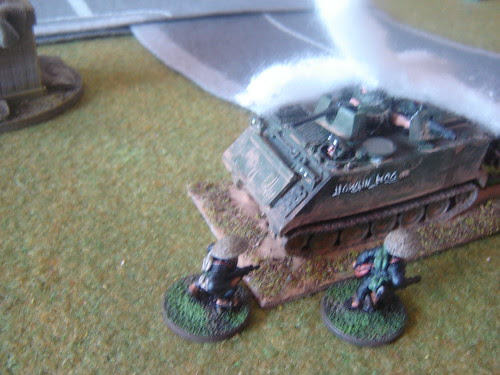 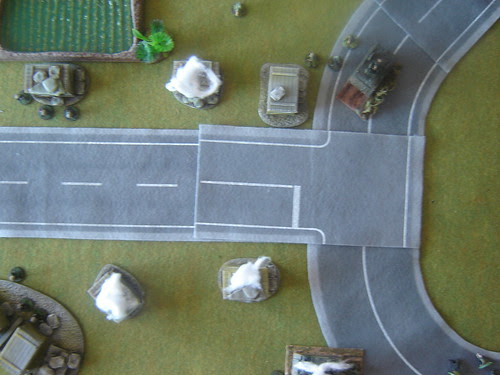 The second vehicle takes a glancing hit from the Bazooka, knocking out a track 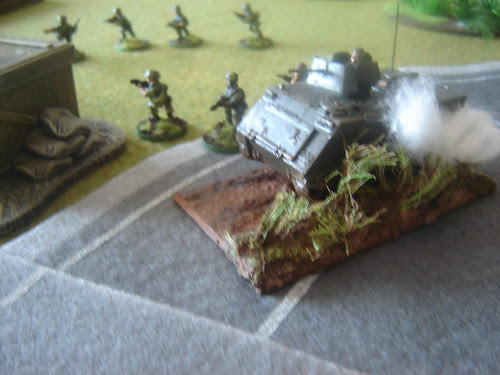 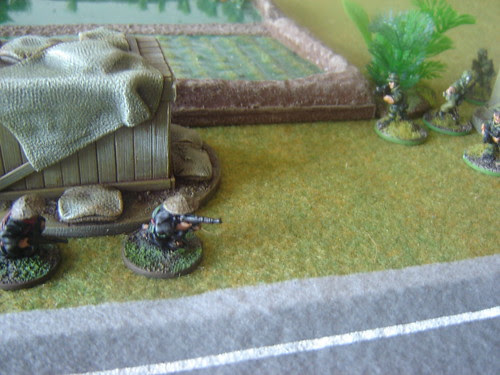 The VC somehow get the chance to torch another crate 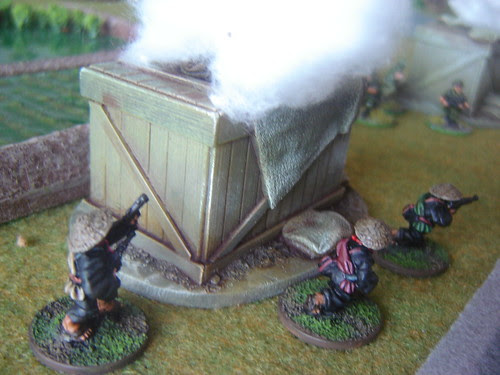 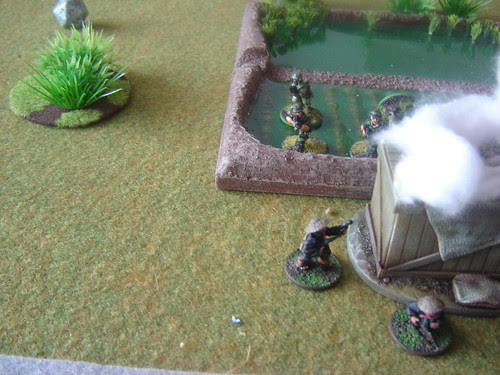 Securing two of the crates and taking control of the crossroads, though at a significant cost, the platoon settles down to wait for relief 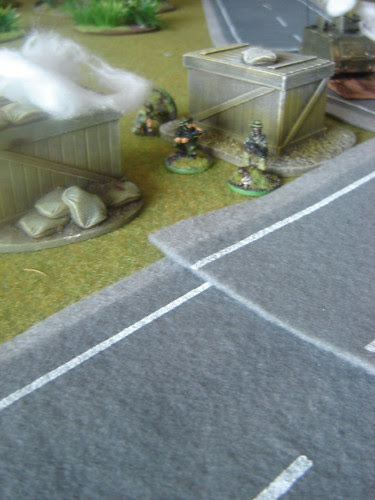 The Viet Cong are happy with their day's work and withdraw into the jungle. The Americans are sure that they've wiped out a platoon, but as often happens find neither abandoned equipment nor bodies. 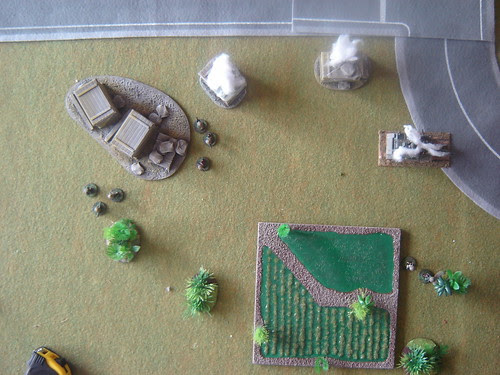 Pretty tense battle, though a solid victory for the Viet Cong in the end. I tried this again solo and things were much closer the second time around, the VC pinching victory by a nose, though none of their force made it unscathed.
Posted by Donogh at 22:25