En route through Sangin to the Distrct Centre 7 Platoon's convoy of Vikings and Land Rover WMIKs are ambushed. The third Viking is hit hard by RPGs 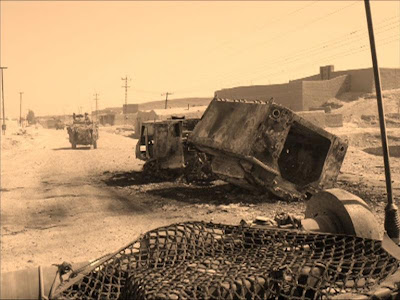 While all the initial images I've been using for these posts are from the Royal Anglians' tour in Afghanistan, this one is certainly the most affecting. It shows the disabled Viking after being denied by an air strike
OK, so I don't have two Vikings so the new Mastiff is standing in. Likewise I don't have anything remotely resembling a badly damaged armoured vehicle, so I've just placed the casualties behind the convoy 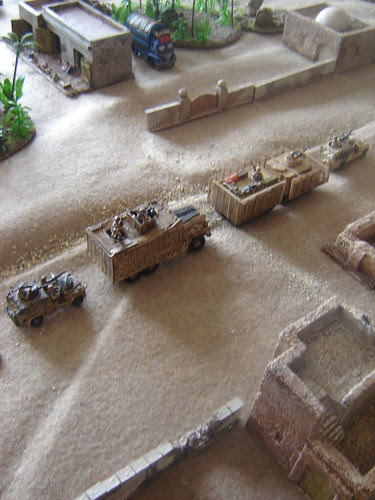 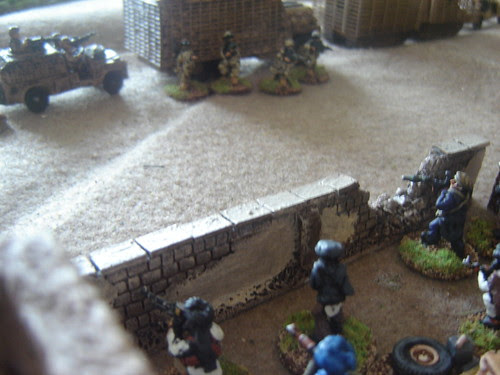 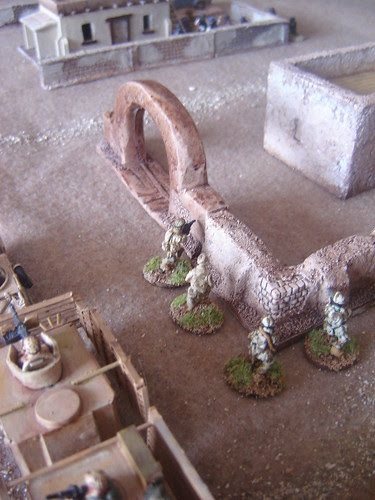 A group of civilians turns up, right beside the firefight 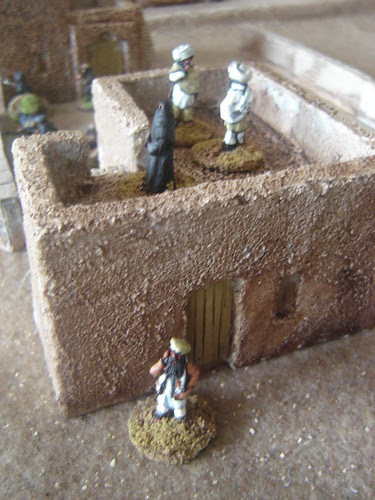 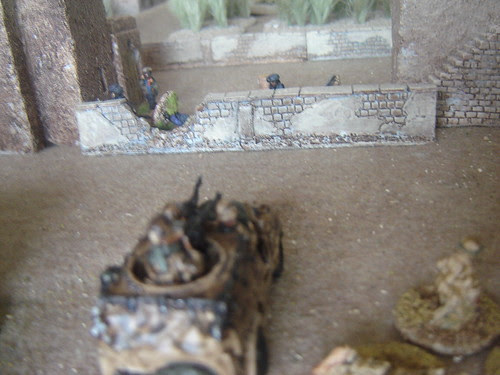 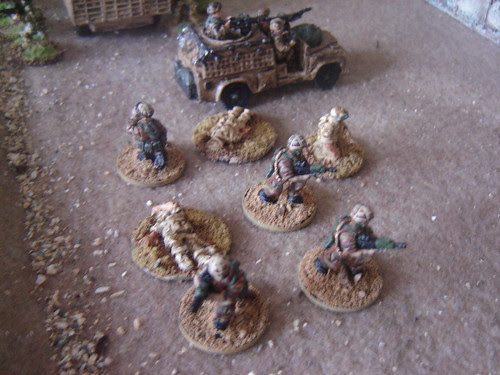 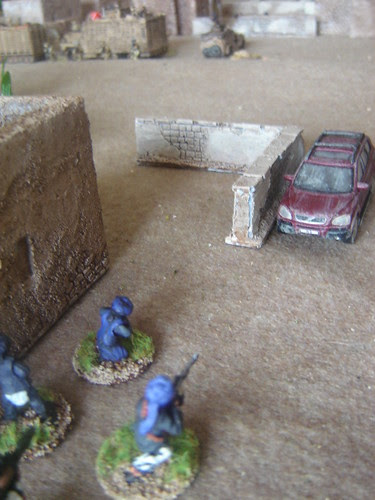 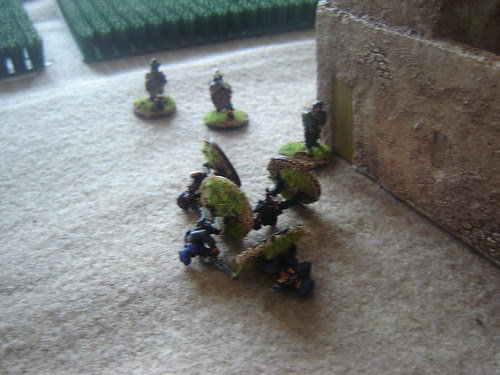 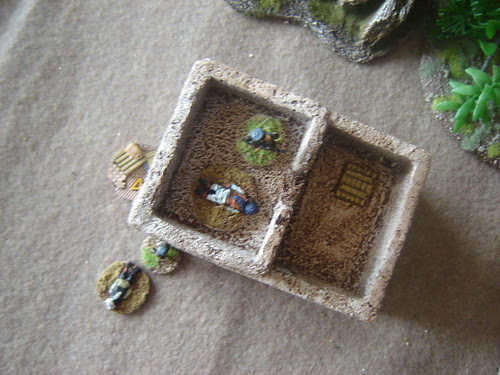 The Marine fireteam (survivors of the disabled Viking) are feeling the worse for wear, some heat exhaustion probably to add to their bad luck. The second fireteam from the rear Viking moves to establish a perimeter on the left-hand side of the column 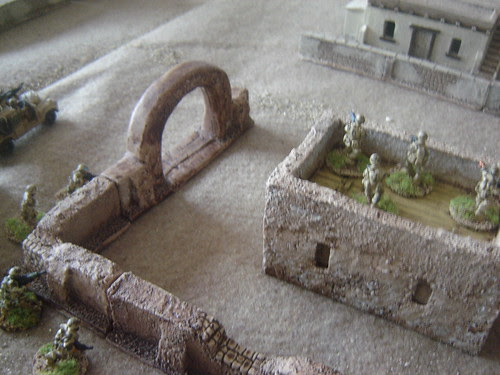 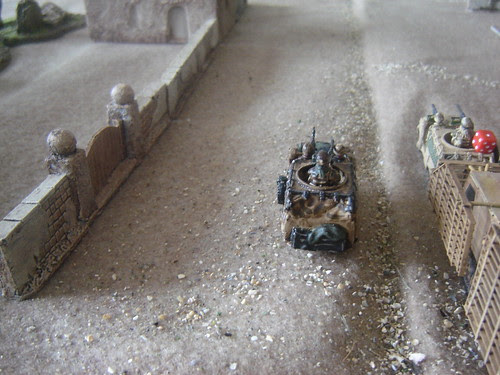 As the fireteam moves out to secure the initial ambush point, another group emerges from hiding 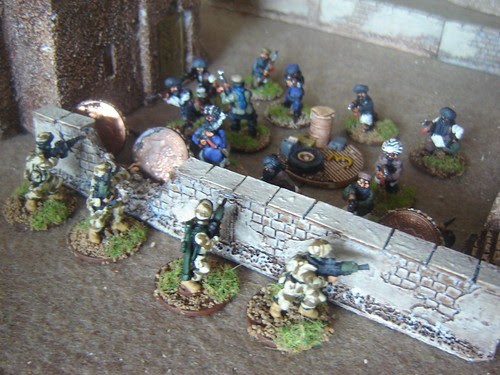 Led by the platoon's lieutenant two fireteams catch them in a cruel crossfire - the civilian on the rooftop realise they're not so safe and get out of town! 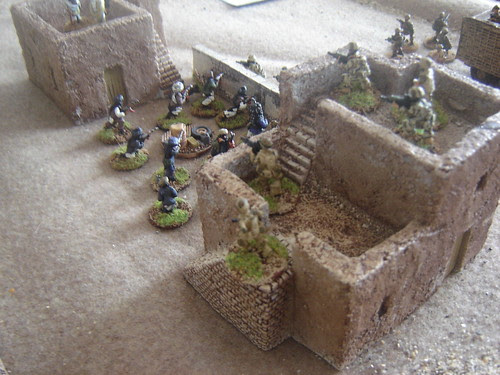 Royal Marines join in to root out the Taliban nearby 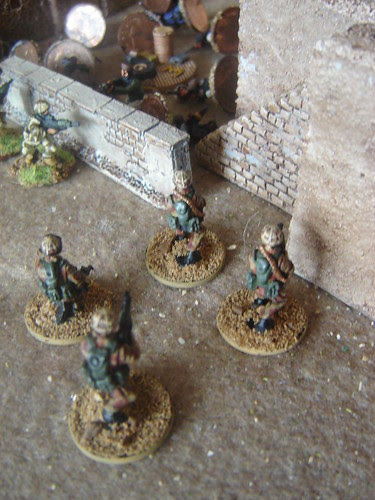 The fireteam on the rooftop has taken a casualty in the firefight - another KIA. He's moved alongside the Viking and placed inside 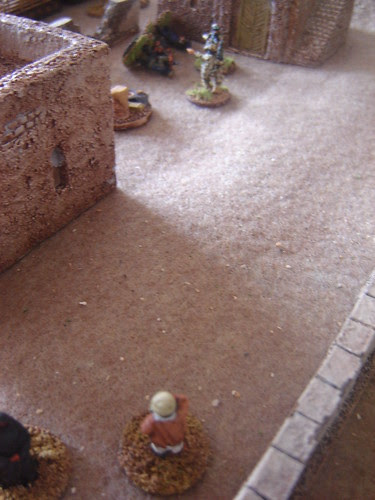 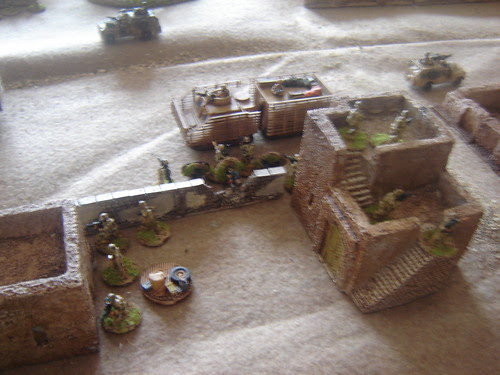 The left-flank security stamps out resistance, taking out the Taliban leader before he can escape 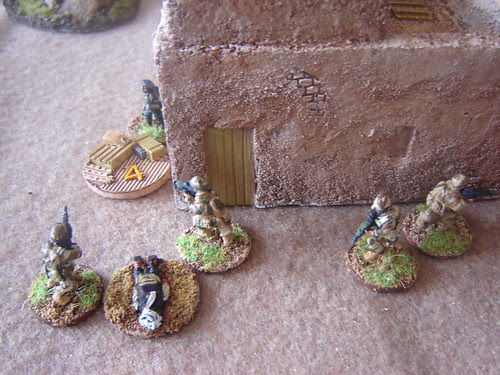 Reinforcements arrive at top of road 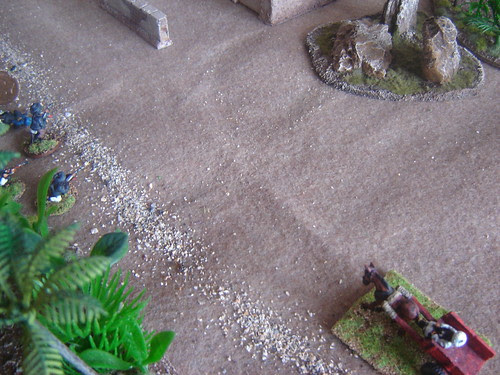 Move it! The corporal gets the Viking moving - the vehicle has been stationary for far too long 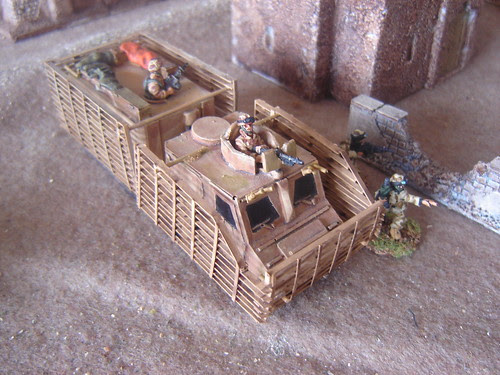 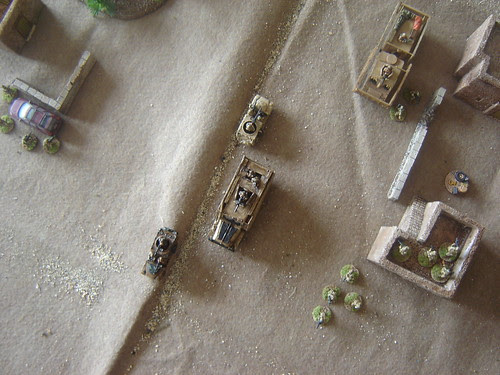 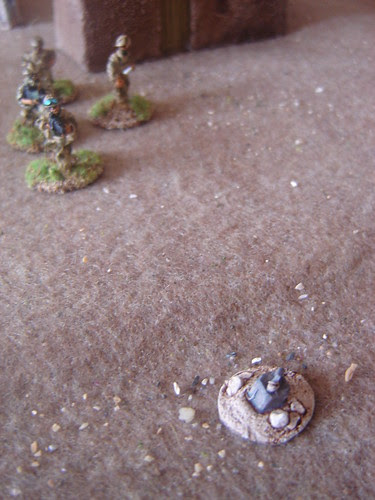 Last chance for the Taliban to stop them nearly pays off, but the two soliders running alongside the Viking return fire and escape injury 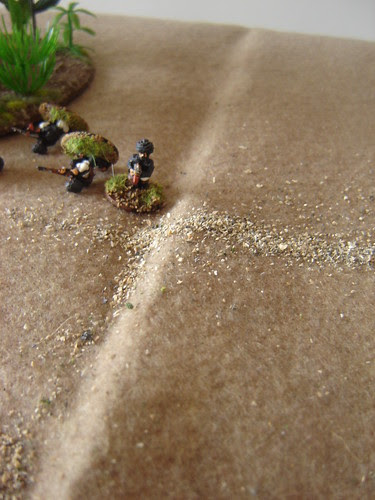 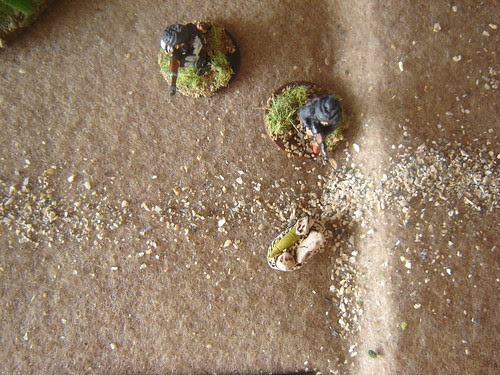 The British make it off in the turn limit by the skin of their teeth.
Winning 10-7, any additional delay would've seen a Taliban victory
Posted by Donogh at 21:41