Played this scenario from the Fourth Succession War scenario pack on Saturday. Gavin and I agreed that we could do without the usual crazy concentration of forces for published scenarios and cut the number of 'mechs involved by half. 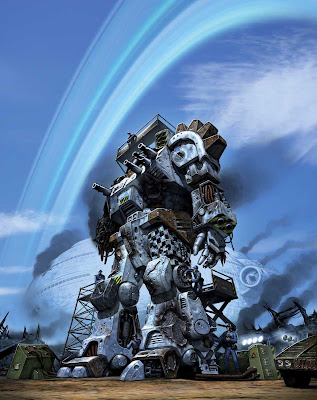 The scenario places a heavy non-jump lance in a swampy mapsheet, cornered by a superior force. It's mission is to escape off one of the narrow map edges 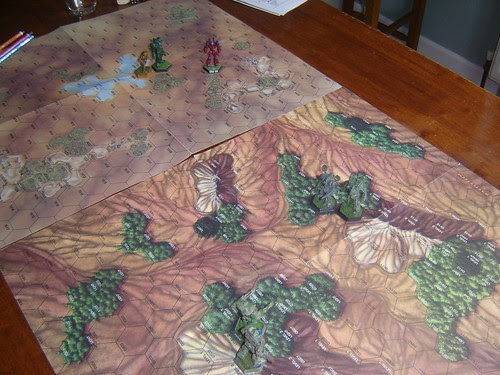 Stalked from other flank: I deploy my lance in the central four rows first, and then Gavin deploys his anywhere on the other two mapsheets. The challenge is to not tip my hand and allow my opponent to fortify the obvious route 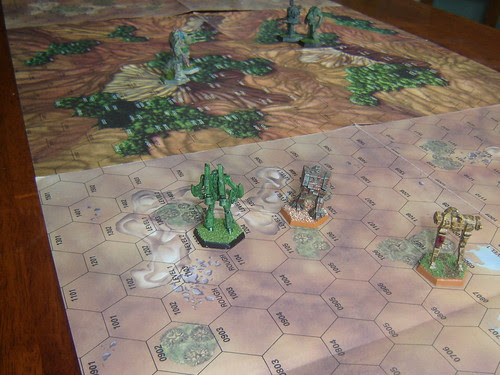 Long trek around or through the swamp begins. I've chosen the way past the more manoeuvrable trio (Stalker aside) but at least this way I'm going straight through the jump-capable Phoenix Hawk and Jenner (who could've caught up with me no hassle if I went the other way) 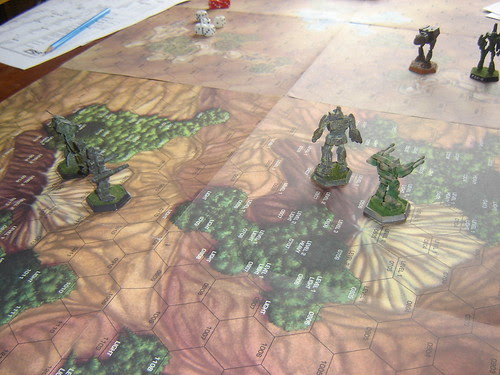 Rifleman starts to take fire - he takes an enormous amount of damage throughout the encounter, and does quite well for a lightly armoured 'mech 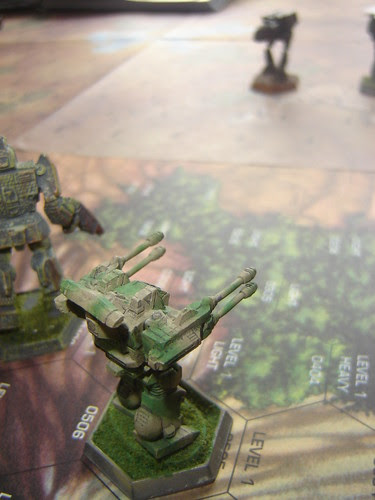 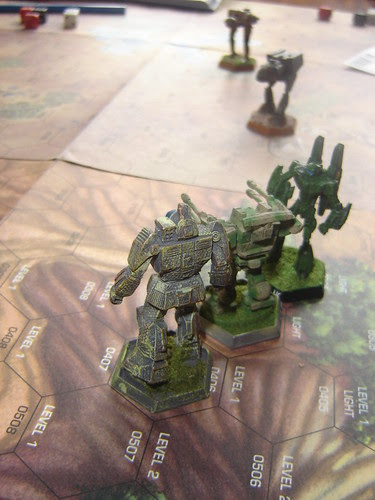 Heavies pursue the lance, I try to keep terrain in between them and my forces, but they still manage to get off some long-range missile and laser/PPC shots 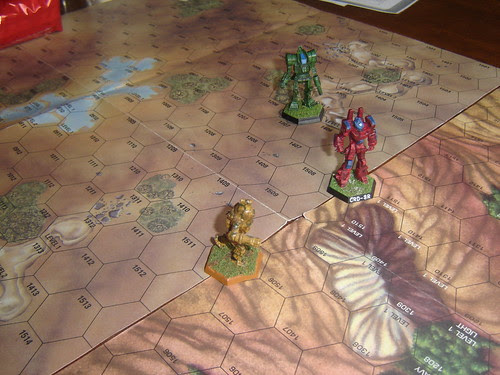 Rifleman's leg taken out by close-range barrage from the Stalker 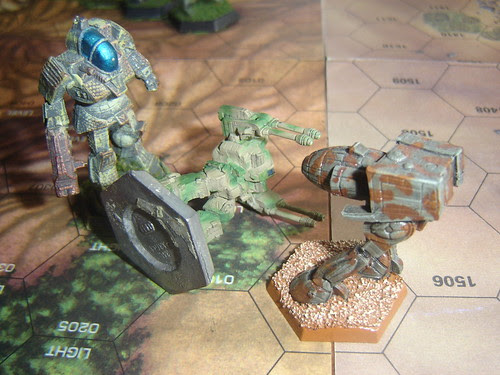 Lance finally gets free of the swamp - although just in time. I'm starting to take fire from the forces behind me 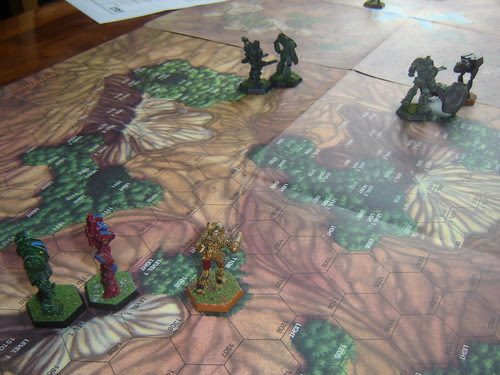 Battlemaster exits forest and turns to take on the Stalker (we did make some jokes about this pose suggesting a kneecap shot!) 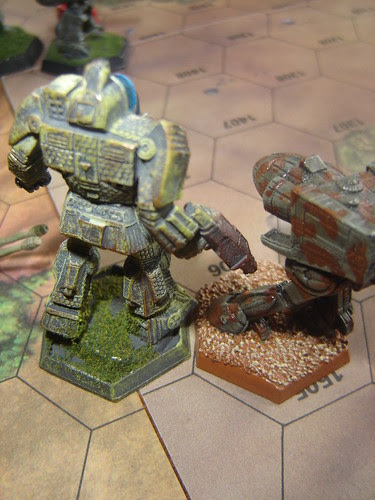 Long Range Missile from Crusader kills Warhammer! Having previously taken a large laser to the head, a missile salvo destroys the internal structure. Mostly undamaged and just in brawling range of the blocking units the Warhammer is a big loss to the lance 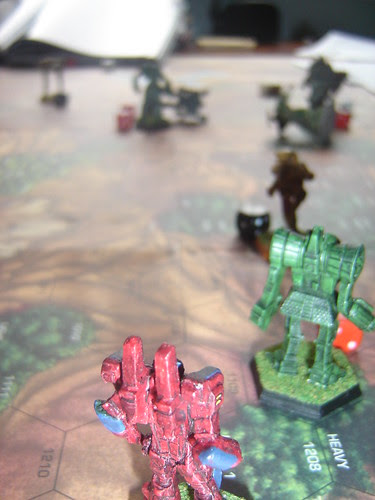 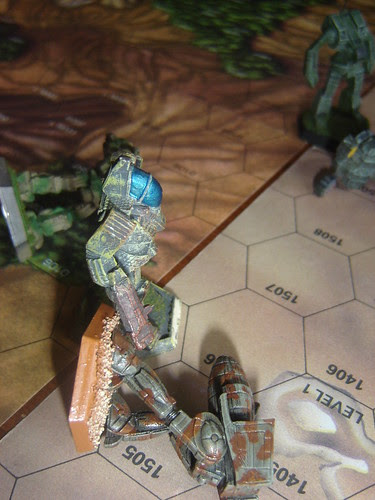 Rifleman continues to fight from the ground, and with the Stalker pilot unconscious, the prospect of damaging an immobile 'mech is seriously tempting the Battlemaster to stick around 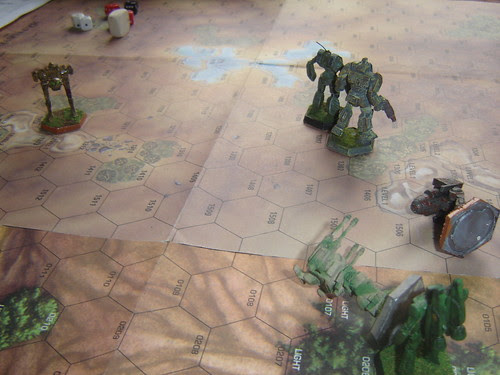 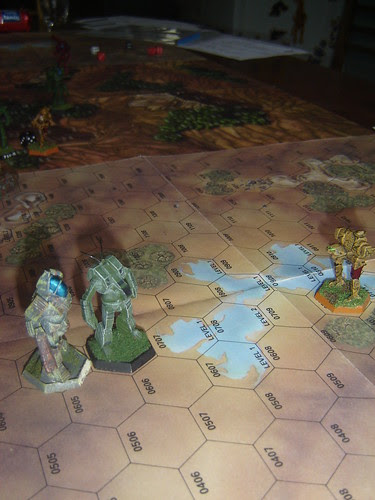 The Stalker, satisfied that the danger has passed attempts to rise, but falls back down. The pilot's in serious danger of falling unconscious from repeated bangs 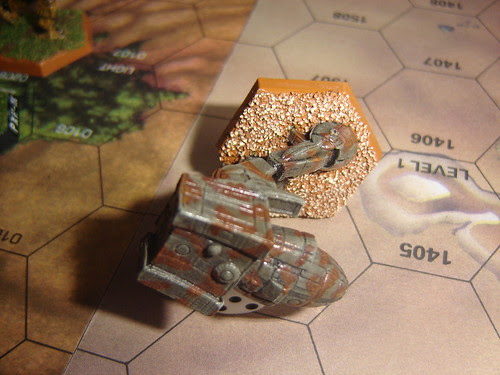 The Battlemaster and Archer escape, the nearby Phoenix Hawk and Jenner are both probably unable to press matters any closer, but there's no time to dawdle as the intervention of the Zeus and Crusader could prove fatal 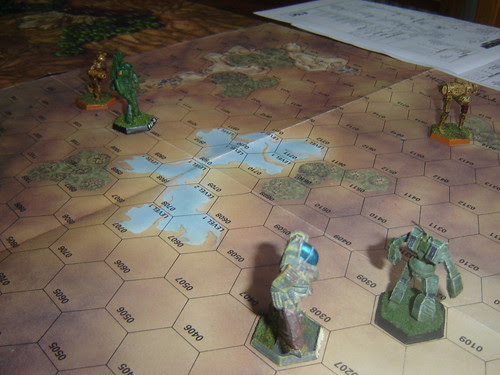 A nice little game, a draw is declared as I've gotten two 'mechs off in pretty good shape.

We did comment that it could've only ended up this way with 3025 technology, anything more advanced and the battlefield would have been a smoking ruin!
Posted by Donogh at 21:42